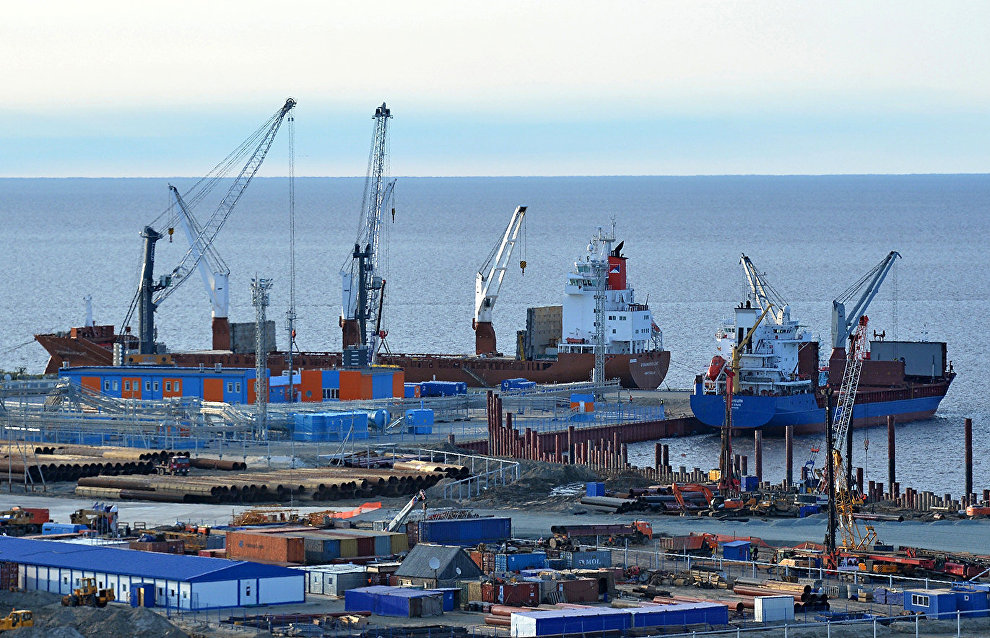 Ice-resistant protective structures are nearing completion at the Utrenny (Morning) Terminal at the Port of Sabetta in the Yamal-Nenets Autonomous Area. A total of 5,759 piles have been driven into the seabed to help protect the port from icefloes.

The southern and northern ice-resistant protective structures, part of Rosatom’s Utrenny Terminal project, will shield the port from drifting ice formations that could damage the piers and ships. The structures will be 3.1 and 1.3 kilometers long, respectively.

The Utrenny terminal is being built under the Arctic LNG 2 project. This project, as well as federal facilities (underwater hydro-technical components, ice-resistant structures and navigation safety systems) and a project for overhauling the canal, are included in the comprehensive plan for upgrading and expanding the Northern Sea Route’s infrastructure until 2024. These projects are being built under a Russian Government directive.

The terminal includes an enclosure with multi-role piers, utilities infrastructure, and a waterfront center with administrative buildings and facilities. The pier will receive ships year-round.