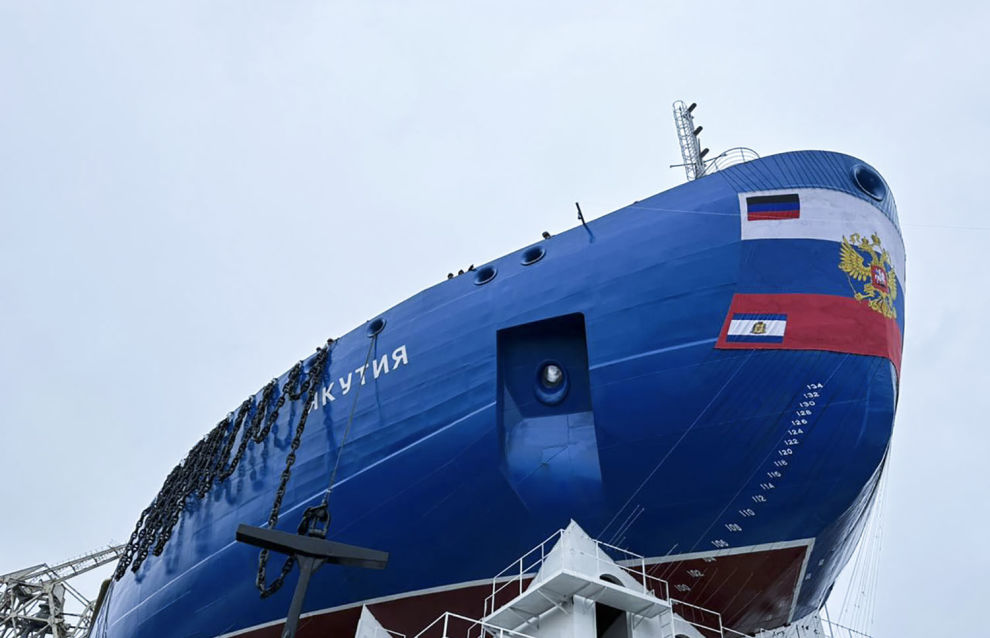 The nuclear-powered icebreaker Yakutia, the fourth Project 22220 ship, was launched at Baltic Shipyard in St. Petersburg. President of Russia Vladimir Putin took part in the ceremony via videoconference.

The President noted that Project 22220 icebreakers had great strategic significance for exploring and developing the Arctic, for facilitating navigation safety and expanding traffic on the Northern Sea Route, an important global transport corridor.

He said these ships were part of Russia’s large-scale and systematic work to replenish the icebreaker fleet and to strengthen Russia’s status as a great Arctic power. He said the country would continue to expand its icebreaker fleet with Russia’s own experience, equipment and components.

The icebreaker Yakutia was laid down in May 2020 when it was christened with its name. This continues the tradition of naming these ships for the Northern Sea Route’s geographic locations.

“The launch of this new multipurpose nuclear-powered icebreaker is symbolic; this significant event is taking place as we mark the 100th anniversary of our republic. We are grateful to our shipbuilders, and we are proud of their work that promotes Russia’s leading position in building icebreakers of this class,” the Head of Yakutia, Aisen Nikolayev, said.

The icebreaker will be completed at an outfitting quay and is to enter service in December 2024. The Yakutia will join its sister ships, the Sibir and the Ural, the largest nuclear-powered icebreakers in the world, and will replace its predecessors on the Northern Sea Route.

Russian Deputy Prime Minister Viktoria Abramchenko noted that Russian icebreakers were unique in the world. She mentioned the high environmental standards and the waste-free technology used to build Project 22220 ships.

“Russian engineers use a double-draft technology that allows the icebreakers to operate effectively in Arctic seas and in shallow waters,” the Government of Yakutia said in a statement.

Two nuclear reactors were installed on the icebreaker prior to launch. These icebreakers use a new modular nuclear reactor that has a greater rated capacity than those of older ships of the project, as well as a new Russian-made electric propulsion system.