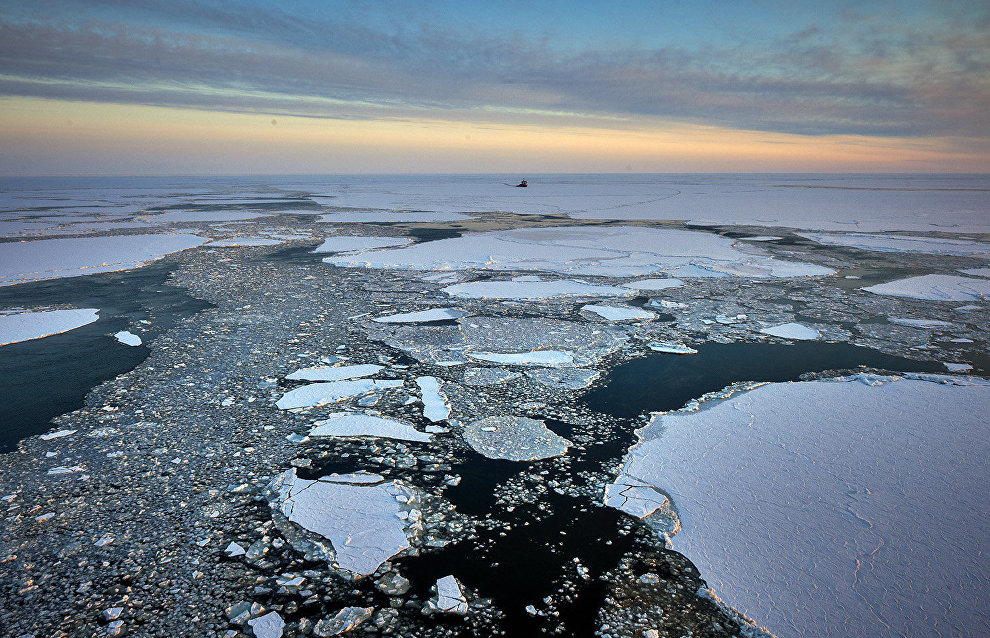 Employees of the Geology Faculty of Moscow State University, together with specialists from other organizations in Russia, as well as the United States and Great Britain, have jointly developed a new model of the geological structure of the Arctic.

Thus, according to the compiled model, the Alpha-Mendeleev Rise, the Lomonosov Ridge and a number of deep-water basins all have a continental crust and represent a seamless continuation of the Russian shelf.

“For example, it was demonstrated that the Alpha-Mendeleev Rise is a volcanic passive continental margin of Asia. In the geological history of the Arctic Ocean, three main stages of development have been identified: 133–125 Mya ago (the main phase of the formation of the Canadian Basin), 125–56 Mya ago (formation of the Alpha-Mendeleev Rise and associated deep-water basins), 56–60 Mya ago (opening of the Eurasian Basin),” the press service of Moscow State University reports.

The resulting model became the blueprint of Russia’s application to the UN Commission, which the Ministry of Natural Resources developed and edited. A group headed by Anatoly Nikishin, head of the Department of Regional Geology and Earth History of the Geological Faculty of Moscow State University, made a significant contribution toward the Lomonosov Ridge, the Mendeleev Ridge, part of the Gakkel Ridge, and a number of deep-water basins’ being recognized as an integral part of the territory of Russia.

“The gravity-magnetic models of the Earth’s crust for two regional seismic profiles show that the Alpha-Mendeleev Rise and adjacent basins are connected with the extended continental crust. Therefore, this study is fundamental for a general understanding of the geology and geodynamics of the Earth,” Anatoly Nikishin and his colleagues note.

The lands of Russia, US, Canada, Denmark, and Norway adjoin the shelves of the Arctic Ocean, and hence drawing their external borders in these places is considered problematic. In addition to this, the geological structure of the ocean is one of the main criteria for the UN Commission to determine the boundaries on the shelf, due to which geologists from all Arctic states are actively studying this area.