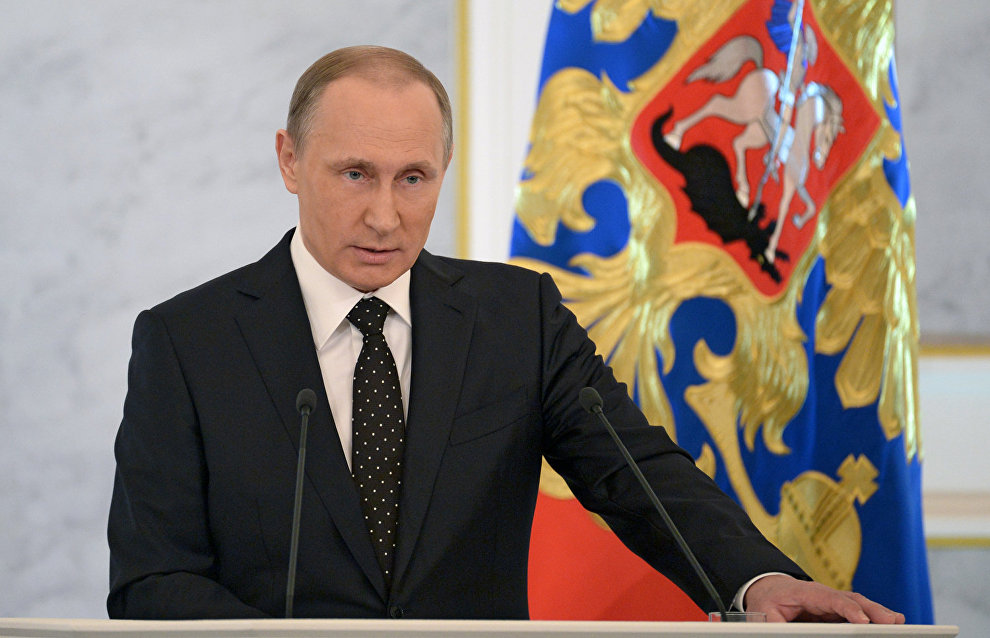 Russian President Vladimir Putin said he is counting on the successful launch of new, large-scale energy projects in the Arctic, Interfax news agency reported, citing the president's remarks at the naming ceremony for the Christophe de Margerie tanker, named after former Total CEO.

"I am counting on the successful launch of new, promising, ambitious projects with our French, Chinese and other foreign partners," Mr Putin pointed out.

Vladimir Putin also noted that the Yamal LNG project is essential not only for Russia and Europe, but for the world's energy sector in general, and expressed hope that the pace of its implementation increases.

According to Interfax, the new tanker is a unique Arc7 ice-class LNG carrier that was designed for the Yamal LNG project. Its crew includes 29 members, all of them from Russia.

Christophe de Margerie is a pilot vessel in a series of 15 tankers designed for year-round transportation of liquefied natural gas (LNG) in the northern environment as part of the Yamal LNG project. The tanker entered service on March 27, 2017 and is owned by Sovcomflot Group.