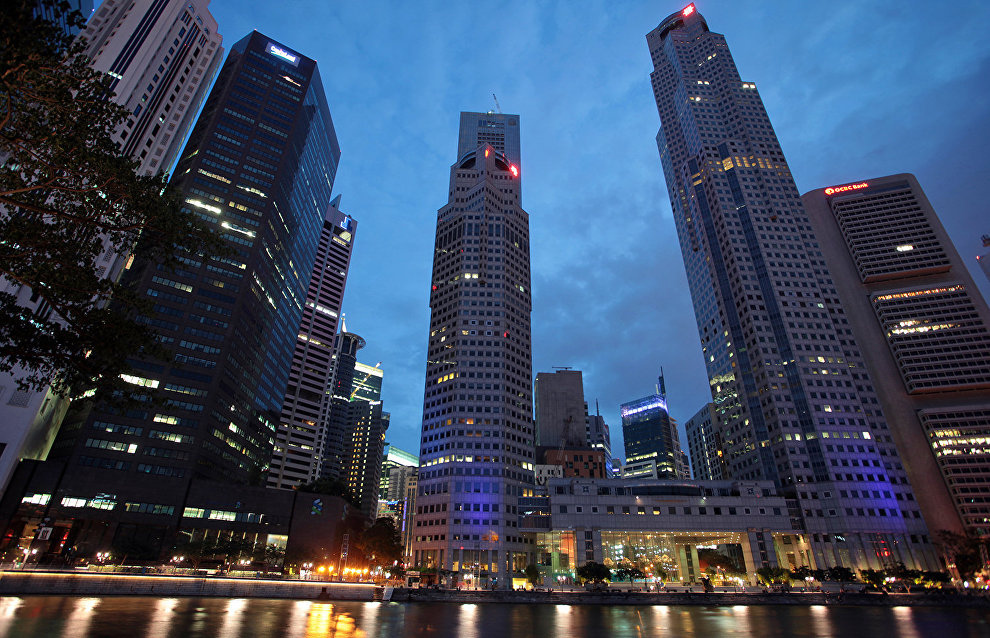 Singapore is interested in taking part in Arctic projects and fundamental research, because climate change in this region influences the situation in the other regions of the world, Sam Tan, Singapore's Minister of State for Manpower, told RIA Novosti on the sidelines of the Arctic Frontiers 2018 conference.

In 2013, Singapore received observer status at the Arctic Council and has kept an eye on developments in this region since then.

Sam Tan said his country was greatly interested in Arctic projects, because everything that is taking place in the Arctic has an effect on the rest of the world. If ice in the Arctic continues to melt rapidly, water will inundate the rest of the world. Although it is situated away from the Arctic, Singapore could be left underwater by a natural disaster, Sam Tan said in his speech at the conference. He added that more efforts must be put into Arctic research.

Several Arctic research laboratories are being built in Singapore, as well as a deep-water pool where ocean conditions are simulated for the study of marine systems, the minister said. Singapore is also implementing other research projects, for example, on Arctic migratory birds and oil spill prevention.

Sam Tan said that Singapore was closely cooperating with the embassies of Finland, Canada and Norway. Singapore was the first to host the Arctic Frontiers Seminar Abroad, because they want people to learn more about the Arctic so as to be able to engage in a constructive dialogue.

Over 3,000 delegates from 35 countries are attending the 12th Arctic Frontiers international conference in Tromso, Norway. The main theme this year is Connecting the Arctic.