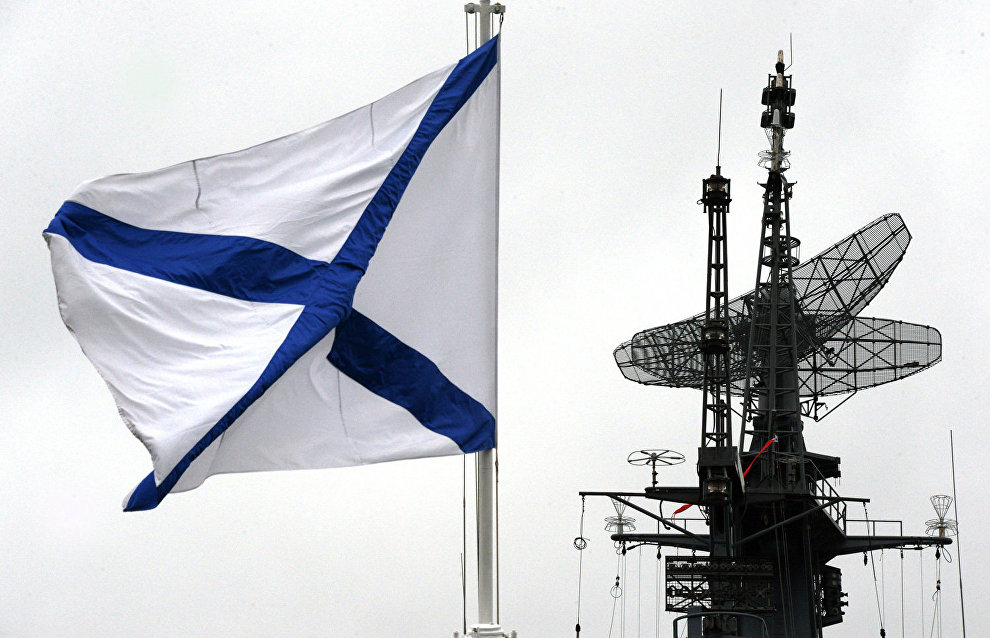 Mikhail Popov, Deputy Secretary of the Russian Federation's Security Council, was interviewed by an Interfax correspondent and noted that geopolitical, geostrategic and economic interests of leading global powers were now clashing with each other in the Arctic. This is also linked with the fact that melting ancient Arctic sea-ice formations make it easier to access the Arctic's immensely rich potential and opened up colossal prospects for developing mineral deposits. "The Arctic also has great military-strategic significance. Its economic possibilities are determined by its huge hydrocarbon reserves and international trade opportunities. We are talking here about the Northern Sea Route in this connection," he added.

According to Popov, Russia which is establishing and expanding the Northern Sea Route's infrastructure will further spur on the development of the Arctic and sub-Arctic territories, as well as the Far East. The Arctic development process will make it possible to expand Russia's share in the volume of global trade. This will also augment ground-based transport mainlines and will also reduce the load on them. Moreover, this will open up prospects for expanding Russia's role in Asia Pacific trade operations.

"Because of this situation, Russia, as well as Denmark, Canada, Norway, the United States, Iceland, Sweden and Finland, are trying to take advantage of the new Arctic opportunities. China and a few other countries as well, located far away from the region, are becoming more and more interested in the region's resources and strategic potential. The United States is striving to keep an eye on Russia's Northern Fleet all the time, as well as its activities in the Arctic. For this purpose, reconnaissance flights are being conducted; US Navy warships and submarines together with other NATO navies are also reaching into the vicinity. Research ships are also involved in reconnaissance missions," the expert added.

The Deputy Security Council Secretary also pointed out that the US Defense Department's Arctic Strategy contested Russian approaches toward prospects for developing the Northern Sea Route. The Pentagon believes that this route should be turned into an international transport route, not covered by Russian jurisdiction. Germany's Arctic Policy Guidelines noting the need to internationalize the Extreme North's transport mainlines and all types of local resources are consonant with this document. Under a document called China's Arctic Policy, the People's Republic of China acts as an important regional player and a near-Arctic state. In effect, China sees itself as a state located close to the Arctic Circle. Beijing is also focusing on the creation of the Ice Silk Road, an economic corridor that would link it with European countries via Arctic seas.

The expert believes that, due to the current situation, it is necessary to implement an entire range of measures to guarantee the security of the Russian Arctic. The national maritime policy in this area is determined by the exceptional significance of ensuring the Russian Navy's unimpeded access to the Atlantic and Pacific oceans. It is also determined by the rich resources of Russia's exclusive economic zone and continental shelf, the Northern Sea Route's growing significance for sustainable development and the Northern Fleet's decisive role in defending the country's high-seas and oceanic approaches.

He also recalled that Russia's Marine Doctrine, approved by the President of Russia in 2015, remained topical. The Doctrine determines various guidelines of the long-term national marine policy and activities of the high-seas. This concerns functional and regional aspects of its implementation.

Popov also recalled that the Northern Fleet was methodically developing and studying the Arctic. In early August 2020, its ships launched the ninth Northern Sea Route expedition in cooperation with hydrographic vessels and coast guard ships of the Border Service and Atomflot icebreakers. The event marks the 75th anniversary of Victory in the Great Patriotic War. The Navy' Hydrographic Service has conducted comprehensive research in remote areas of the Laptev Sea, the Barents, Kara and East Siberian seas near such Arctic archipelagos as Franz Josef Land, Novaya Zemlya, the New Siberian Islands, as well as near the Medvezhy, Wrangel and Herald islands. Over 40 new geographic objects were discovered and described during these expeditions.

In 2017-2019, specialists worked in coastal waters and on the Russian Arctic coast. They specified the location of the shoreline and updated state marine navigational charts and maps. Moreover, they created a unique digital bathymetric database of the depths in the Arctic Basin's central section.

The expert also added that it was necessary to upgrade the marine infrastructure, primarily that of the seaports. "It should be noted that we need to protect the environment. There are cases when port authorities are violating the requirements of nature conservation legislation. Violations in handling production and consumption waste show that the port services are not adequately monitoring the circulation of port-produced waste. High-seas oil spills remain a major problem because ships and vessels do not have enough separators for processing oil-containing waters, as well as systems for accumulating and dispensing oil-containing waters. Additionally, their crews are violating the refueling regulations. Quite a few research ships have to be repaired or replaced. Progress is being made in this field," Popov noted.

Summing up, the Deputy Security Council Secretary said: "Russia is conducting large-scale and diverse maritime activities. They have a heroic and instructive past, a present filled with fruitful events and a future whose foundations are laid already today."