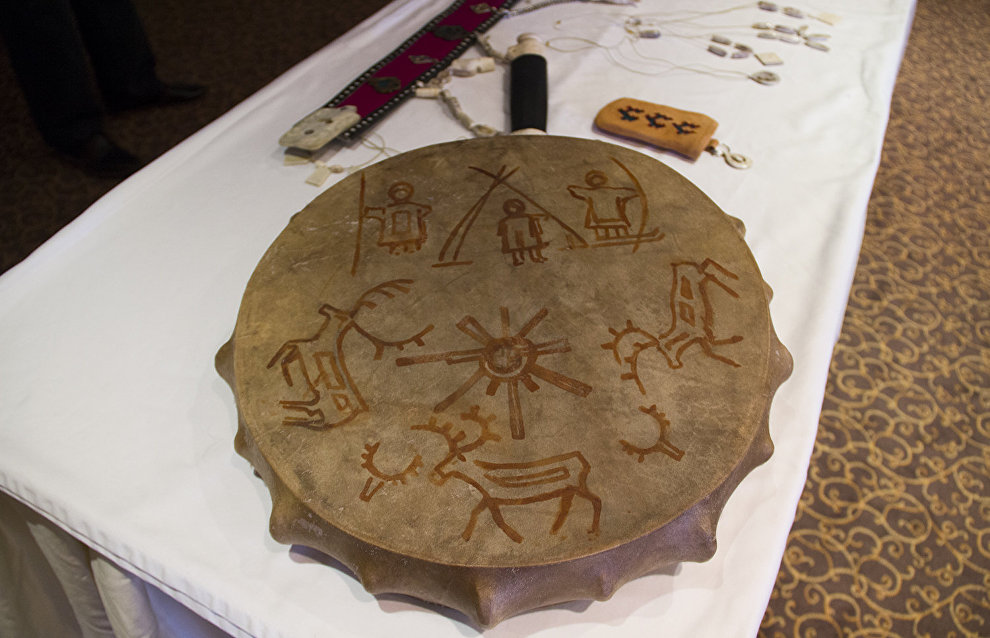 The exhibition Arctic: Culture and Climate, featuring over 40 items from the collection of the Peter the Great Museum of Anthropology and Ethnography (the Kunstkamera), has opened at the British Museum. The exhibition, devoted to climate change in the Arctic and its impact on the region’s indigenous people, will run through February 21, 2021.

“We have brought unique exhibits, such as findings from the Ust-Polui sacred site in Salekhard and artifacts of the so-called Ust-Polui archeological culture that dates back to the 3rd century BC – 3rd-4th centuries AD. Displayed also are items that belong to the proto-Eskimo culture of the Bering Sea of the same period, such as carved bone,” said Vladimir Kisel, senior keeper of the Kunstkamera’s Siberia collection.

He added that only a quarter of the Russian museum’s collection is on display in London.

In addition, the exhibition features artifacts from Yakutia dated to the 19th ̶ 20th centuries, most of them women’s silver jewelry, as well as shaman costumes and Evenk tambourines. Of particular note are decorative panels featuring the Nenets and Khanty people, made by artist Nikolai Shakhov (1770 ̶ 1840).

The exhibition also includes collections that belong to the British Museum. The most interesting items are the traditional clothes of the Gwichʼin people that live in Alaska, as well as household items of the Yupik people (late 19th early 20th centuries), amulets belonging to the Inuits that settled in northern Canada, and seal leather gloves worn by the Kalaallit in Greenland. Among other participating museums are the Oxford and Cambridge university museums, the National Museum of Denmark, the Anchorage Museum in Alaska, and the Beyeler Foundation Museum in Switzerland.

“The exhibition Arctic: Culture and Climate is a bold and ambitious exhibition that reflects the expanding vision of the British Museum. The show directly addresses the essential question of how humans can live with the impacts of extreme weather. The future and past come together in the present, united by the shared experiences of Arctic peoples,” Hartwig Fischer, director of the British Museum, said in the exhibition press release.

The exhibition was supposed to open last May, but was postponed due to the coronavirus pandemic.