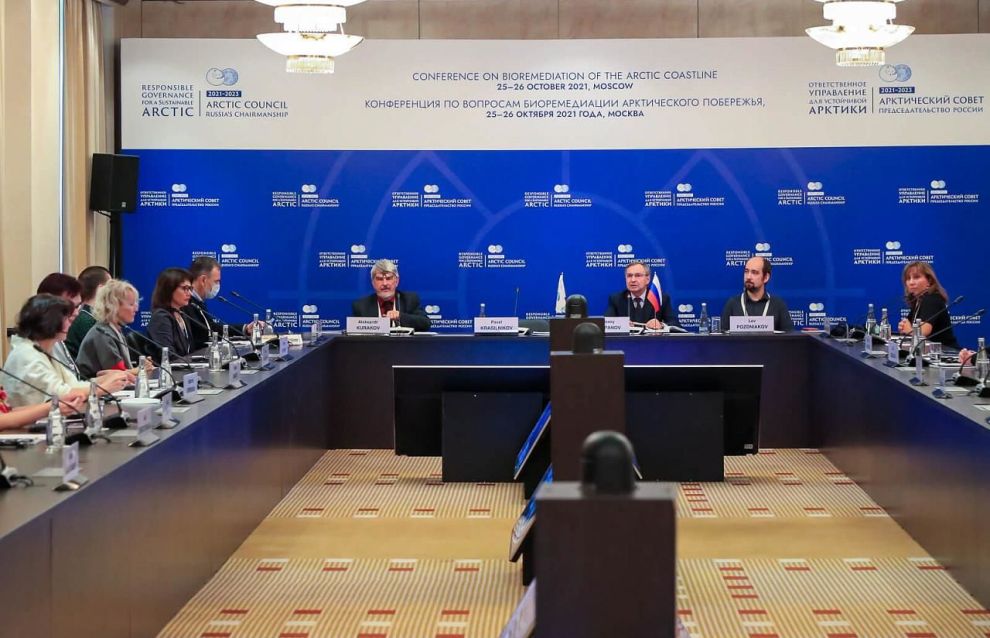 An international conference on bioremediation (the biological purification) of aquatic and land ecosystems of the Arctic coast was held in Moscow. It was attended by leading researchers from Russia, Canada, the United States and Finland who specialize in the remediation of contaminated soil and water bodies. The discussion was held as part of Russia’s plan of the main activities as the chair country of the Arctic Council in 2021-2023.

“Russia boasts a strong research community in bioremediation, which has a positive experience of interaction with researchers from Norway, the United States and Canada, and we need to continue to work as a team,” said Pavel Krasilnikov, a corresponding member of the Russian Academy of Sciences, Doctor of Biological Sciences and acting dean of Moscow State University’s Department of Soil Science.

“The path from scientific development project to practical implementation is often arduous. Russia’s chairmanship of the Arctic Council can help authorities and businesses pay attention to research results that are designed to promote the restoration of northern nature,” Krasilnikov added.

The experts presented their experience in research and the practical application of bioremediation technologies for restoring nature in the Arctic. They noted the effectiveness of biological methods as part of an integrated approach to cleaning contaminated areas.

“Biological treatment methods are highly effective in the Arctic given the increasingly intensive development of the region, including growing hydrocarbon production, cargo traffic and population,” said Mikhail Makarov, Doctor of Biological Sciences, acting director of the Murmansk Marine Biological Institute of the Russian Academy of Sciences. “In addition to being used to mitigate the aftereffects of emergencies, they can also be used for prevention and early detection of vulnerable areas.”

The participants also discussed the prospects for international scientific cooperation. In particular, they mentioned a joint project by researchers from Murmansk, Norway and Finland on creating innovative biotechnology for the comprehensive restoration of the oil-polluted Arctic coast as part of the Kolarctic cross border cooperation program.

“We see great potential in studying the effects of microorganisms on the decomposition of petroleum products,” Kirsten Jorgensen from the Finnish Environment Institute said. “These methods are particularly effective after a contaminated area has been mechanically cleaned or when other cleaning methods are not a practicable solution.”

The results of the practical use of bioremediation methods were presented. Graeme Spiers, Professor Emeritus of Environmental Geoscience at Laurentian University (Ontario, Canada) reported on soil reclamation and the reforestation of former industrial and mining sites in Canada.

Attendees noted that implementing bioremediation projects plays an important role in improving environmental safety in the Arctic. The importance of scaling up these methods based on their safety and manufacturability was highlighted.