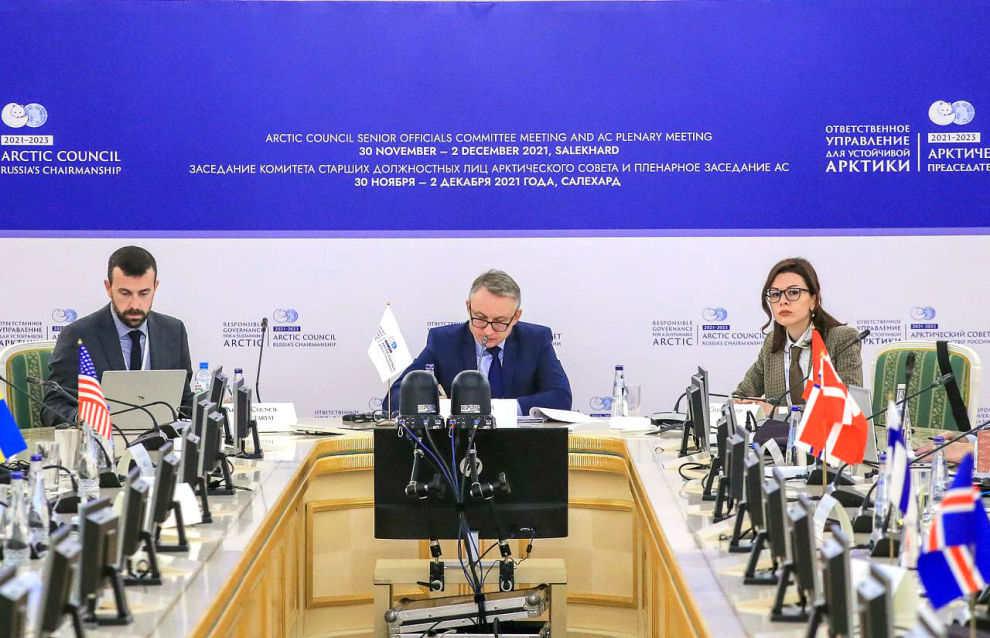 The first plenary meeting of the Arctic Council ended in Salekhard. For two days, 180 delegates from the Arctic Council’s member countries and 38 observer states discussed matters of the responsible administration and sustainable development of northern territories.

Russia chaired the meeting whose participants set forth the following priorities: the life of northern residents, including indigenous ethnic groups, environmental protection, climate change, economic development, strengthening the Arctic Council and facilitating its growth. The attendees adopted a resolution in support of a youth movement of ethnic groups and inter-regional cooperation in the circumpolar world.

“Arctic states are responsible for preserving and reasonably administering this region; Russia plays a special role in this cooperation,” said Nikolai Korchunov, the Foreign Ministry’s Ambassador at Large and Chair of the Arctic Council’s Senior Arctic Officials.

The participants also devoted individual attention to the use of Arctic seas. Experts believe that states using various shipping lanes are responsible for their maintenance.

“This representative will prioritize maritime activity in the Arctic and will support the Arctic Council’s efforts in support of future sustainable growth and the preservation of the marine environment. The Special Representative will also facilitate regional cooperation in transporting consignments via Arctic shipping lanes,” Korchunov added.

Pogodayev has already emphasized the importance of cooperation and raised several issues regarding the actions of the Arctic Council’s countries in connection with climate change. He has also submitted recommendations for improving the organization’s work.

“He offered his recommendations for improving work in such areas as education, monitoring socioeconomic development, developing the indigenous population’s institutions, including the development of competences,” Korchunov noted in conclusion.