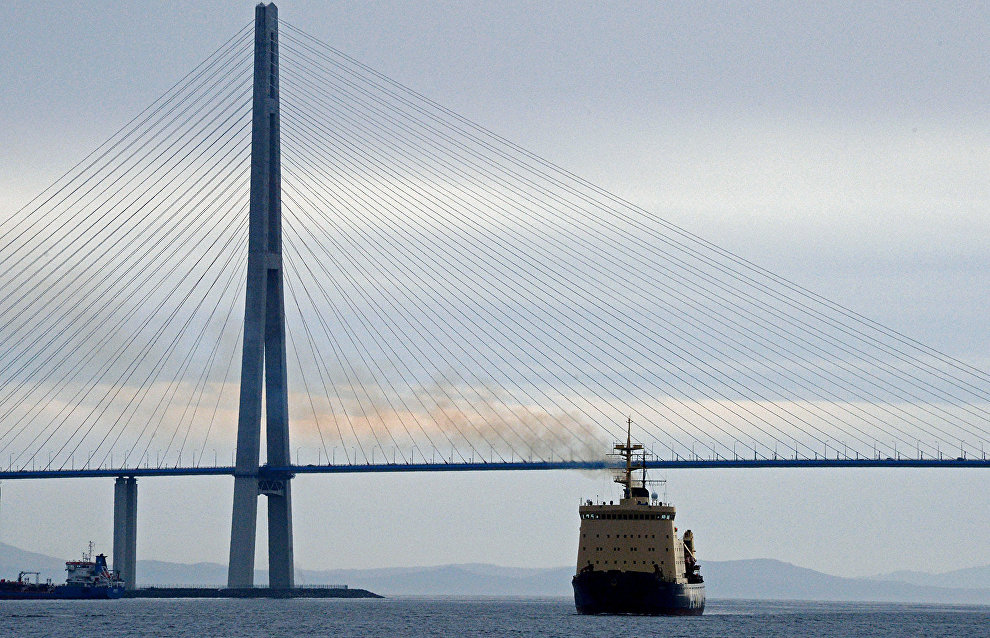 EEF 2022 to focus on economic development, creative industries and healthcare in the Arctic

The 7th Eastern Economic Forum, to be held on September 5-8 in Vladivostok, will serve as a platform for the events scheduled as part of Russia’s presidency in the Arctic Council in 2021-2023.

“Holding events that revolve around the Arctic agenda at such an important communications platform as the Eastern Economic Forum will draw additional attention to the challenges of and prospects for the Extreme North. Leading experts and professionals will discuss economic development in the Arctic zone, and international cooperation and the gradual development of creative industries in the North. Russia held several events as part of its Arctic Council presidency during the SPIEF 2022, demonstrating that Arctic development is a highly relevant discussion,” Russian Presidential Advisor Anton Kobyakov said.

Several events to be held during the EEF 2022 will be related to Russia’s presidency in the Arctic Council in 2021-2023. One is Investment and Trade in the Arctic, a conference and business breakfast that will focus on the operation of Far Eastern preferential regimes (priority development areas and the Free Port of Vladivostok) and the Arctic Zone of the Russian Federation, a special regime created for the Extreme North. Experts representing major Russian companies and related government bodies will discuss the prospects for Russian cooperation with its foreign partners in the Arctic and the possibilities for the development of the Northern Sea Route while building new logistics chains.

“Developing Far Eastern and Arctic territories is impossible without entrepreneurship and direct coordination between companies, the government and other business organizations. The Russian Arctic Zone benefits from an entire package of support measures offered by the government, primarily preferential regimes, or support programs. The new challenge is the development of the Northern Sea Route and the successful integration of this route with global logistics chains. It is thanks to productive cooperation between the state and the business community that we will be able to achieve the declared goal of increasing cargo traffic along the Northern Sea Route,” Russian Minister for the Development of the Far East and the Arctic Alexei Chekunkov explained.

One of the key events on the EEF 2022 Arctic agenda will be a meeting of the Arctic Economic Council where Russia is also presiding in 2021-2023. The council is an independent international organization for business development and B2B cooperation in the Arctic, as well as for facilitating responsible economic development by scaling up best practices, technology solutions and standards, sharing experience, and building partnerships. At an expanded meeting of the Russian national chapter, the Arctic Economic Council plans to discuss major areas of cooperation with its Asian partners, including the development of cargo shipment along the Northern Sea Route, energy and mineral production.

Additionally, a forum of creative businesses, focused on the sociocultural development of the northern regions, will be held during EEF 2022. Initiated by Russia’s Arctic Council presidency, the forum will offer a business program for the northern regions’ social and cultural development that will focus on opportunities for creative industries and social sector in northern territories. Forum participants will discuss the special features of developing northern cities, industrial design in the Arctic, the indigenous peoples’ customs and traditions, tourism, the impact of technology on life in the north, the local film and animation industry, traditional cuisine, and building local art centers and hubs. The social section will include sessions on supporting youth and the small-numbered indigenous peoples. Several events are planned as part of the EEF 2022 business program. Non-business events will be held in the Indigenous Peoples’ Pavilion at the Far Eastern Street exhibition, a new event dedicated to indigenous cultures. The forum is organized by Innosocium Foundation, the social platform of the Roscongress Foundation.

A youth multimedia discussion campus, The Russian Soul. North, will gather in the Lounge pavilion at the Far Eastern Street exhibition as part of the creative business forum. An audiovisual cultural festival, also titled The Russian Soul. North, will also take place. EEF participants and young attendees will learn about the northern regions’ achievements, centuries-old customs, traditions, culture and the mythology of the northern indigenous peoples in modern interpretations by both aspiring performers and acclaimed artists.

“The general priority of our presidency in the Arctic Council in 2021-2023 is ensuring responsible management for the region’s sustainable development with balanced environmental, social and economic dimensions. I am certain that holding events on a wide range of Arctic issues during EEF 2022 will help us achieve this goal,” noted Nikolai Korchunov, Ambassador-at-Large of the Russian Foreign Ministry and Chair of the Senior Officials’ Committee of the Arctic Council.

Arctic issues will also be discussed in sessions of the Russia-chaired Think Arctic – Think Global. The session called The Eastern Dimension of International Cooperation in the Arctic will focus on building flexible cooperation formats in the region. The emergence of a substantial number of growth centers on the global political map, with different IT and economic potential, creates additional requirements for the major players involved in maintaining steady links in the Arctic region.

Russia - India: Arctic Exploration Fairway is a session dedicated to positioning and considering India’s interests in the region in view of its distant location from the Arctic region. Cooperation opportunities raise many questions and create a topical international discussion in a new economic reality. A review of the two sessions will be included in an analytical report on international cooperation in sustainable development between Russia and Arctic and non-Arctic states.