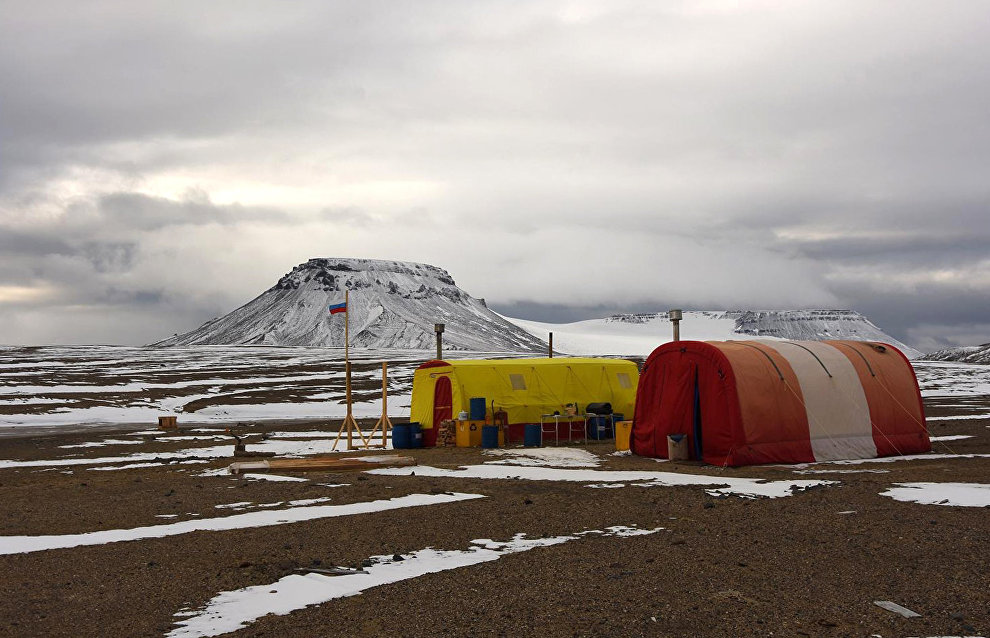 A historical and archaeological field expedition to Alger Island on Franz Josef Land began on July 28. The group is studying the ruins of the base camp used by meteorologist Evelyn Briggs Baldwin. They include researchers from the Russian Arctic National Park, the Arkhangelsk Local History Museum and the Arctic Research Center of the Yamal-Nenets Autonomous Area.

The expedition to the former base camp, where Evelyn Baldwin and his team spent the winter of 1901-1902 in their attempt to reach the North Pole, began in the summer of 2017. This year, the five-member group will spend two weeks at the site.

"The sandy shore where the remains of the camp are situated is being washed away by the sea. Like in 2017, we will work in two shifts to ensure round-the-clock observation and protection against polar bears. As before, we will live in a tent camp, which, based on last year experience, is suitable accommodation for use during such expeditions," said Yevgeny Yermolov, expedition leader and head of the Russian Arctic National Park's Historical and Cultural Heritage Department.

He added that this year the team included two archaeologists with considerable experience of working in the Arctic, one from the Arkhangelsk Local History Museum and the other from the Yamal-Nenets Arctic Research Center.