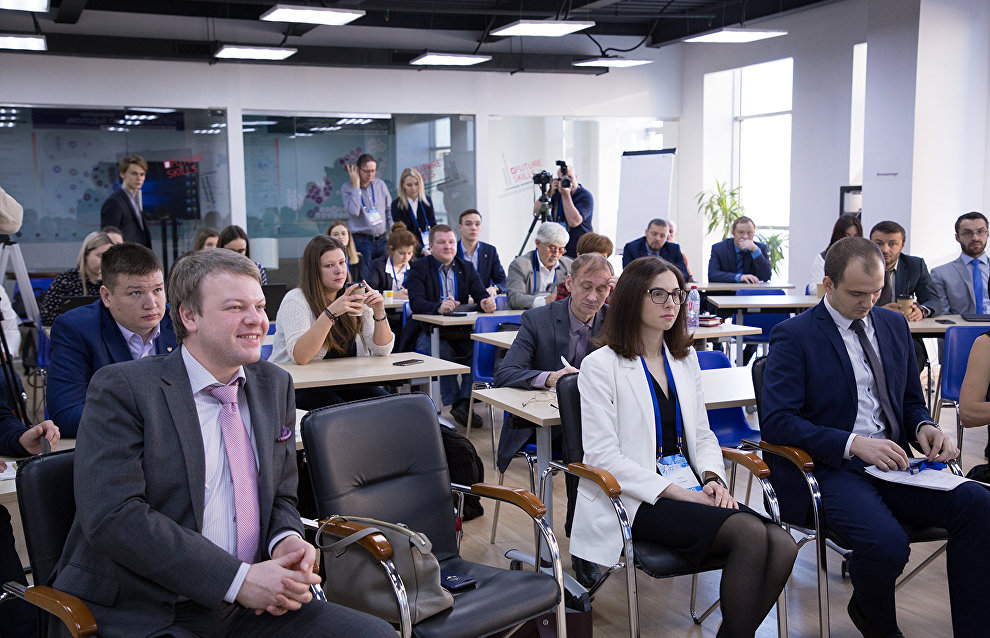 Session on Arctic ecotourism gets under way at ASI

A session devoted to ecotourism in Russia's Arctic zone got underway at the Agency for Strategic Initiatives (ASI)'s headquarters as part of the Days of the Arctic in Moscow 2018 forum on its third day. The session was organised in cooperation with the Russian Ministry of Natural Resources and Environment.

"The current results, the ideas concerning your projects, the problems facing the regions — all that we will hear from you will be put together and handed over to the Ministry of Natural Resources," the event's organisers said.

Arctic tourism projects were presented by Alexander Kirilov, Director of the Russian Arctic National Park, Anna Klepikovskaya, Director for the Development of the Lesnoy Otel (Forest Hotel) Golubino Tourist Complex, Kristina Roppelt, the founder and General Director of the Agency for International Cooperation, and Ilya Razbash, head of the Public Relations Department at the Information and Analysis Center for the Development of the Water Management Complex.

After the presentations, the participants formed two separate groups to debate concrete matters. The results will be summed up later in the day.

The Days of the Arctic in Moscow2018 forum is running from 21 to 25 November, at several venues with more than a dozen Arctic-related business and cultural events on its agenda. Learn more about the program of the Days of the Arctic in Moscow forum and the latest changes in its schedule at http://arctic-days.ru/. The aim of the forum is to attract people's attention to natural, historical and cultural sites of the Arctic and make the Russian Far North more attractive for tourism. The Rossiya Segodnya International Information Agency and Arctic.ru are the forum's media partners.