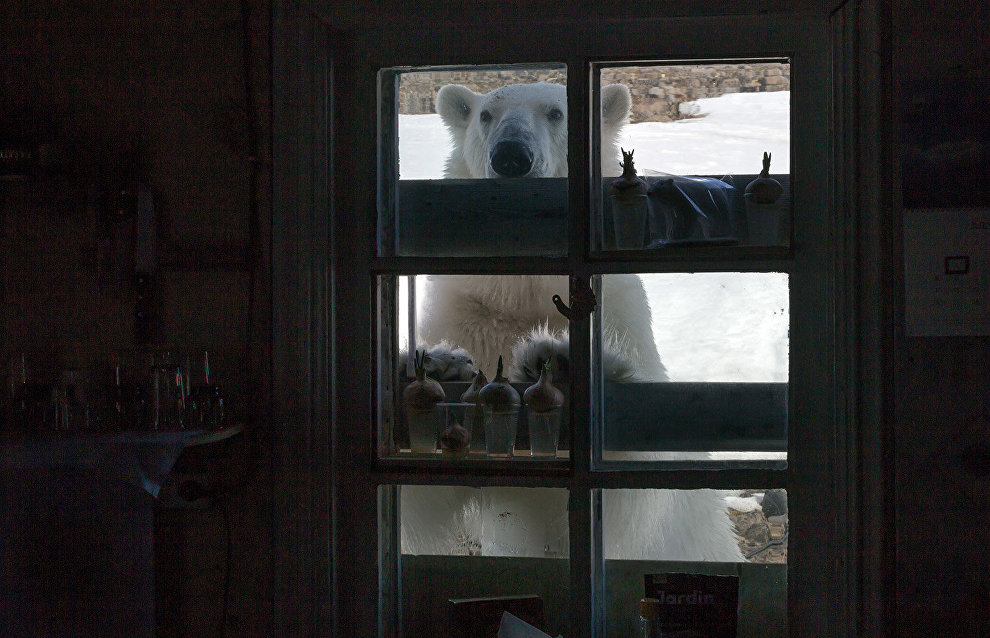 Experts visited Novaya Zemlya and suggested setting up a Polar Bear Patrol that would shield residents of local townships from another polar bear invasion, according to WWF for Nature Russia.

On February 9, the Arkhangelsk Region's authorities decided to introduce a state of emergency on the Novaya Zemlya Archipelago after an unprecedentedly large sleuth of bears descended on several communities. In all, 52 polar bears were spotted near the township of Belushya Guba, subsequently entering it. Some of the wild animals behaved aggressively, attacked people and even broke into their homes and premises.

"Experts who visited Novaya Zemlya decided that it is necessary to establish a Polar Bear Patrol here, so as to reduce the number of hostile encounters between humans and polar bears, the apex Arctic predators. WWF Russia specialists have substantial experience of working in various Arctic areas and are ready to support these initiatives," the press release notes.

Members of a commission that arrived on the archipelago after the state of emergency was declared included employees of the Russian Academy of Sciences' Severtsov Institute of Ecology and Evolution, Russian Arctic National Park and the  Arkhangelsk Region division of the Federal Service for Natural Resources.

"We need to establish an independent professional entity in Novaya Zemlya that would prevent and resolve conflict situations between humans and polar bears. The entity should have all the required powers and technical systems for conducting this activity; otherwise it would be impossible to effectively resolve this situation in the future," Russian Arctic Deputy Director for Research Ivan Mizin noted.

Specialists also concluded that landfills, especially those containing leftover food, do not meet preset standards and are located near polar bear habitats.

"We are ready to provide expert support to everyone engaged in creating effective ‘anti-bear defenses.' WWF Russia specialists have been working in Arctic regions for over 20 years and are successfully implementing the Polar Bear Patrol project in Chukotka and the Nenets Autonomous Area," Mikhail Stishov who coordinates WWF projects to preserve Arctic biodiversity pointed out.

The group of experts sighted up to 20 male and female polar bears near the above-mentioned township in five days. Most of them were staying on coastal ice formations, and another group preferred to hang around landfills, WWF sources added.