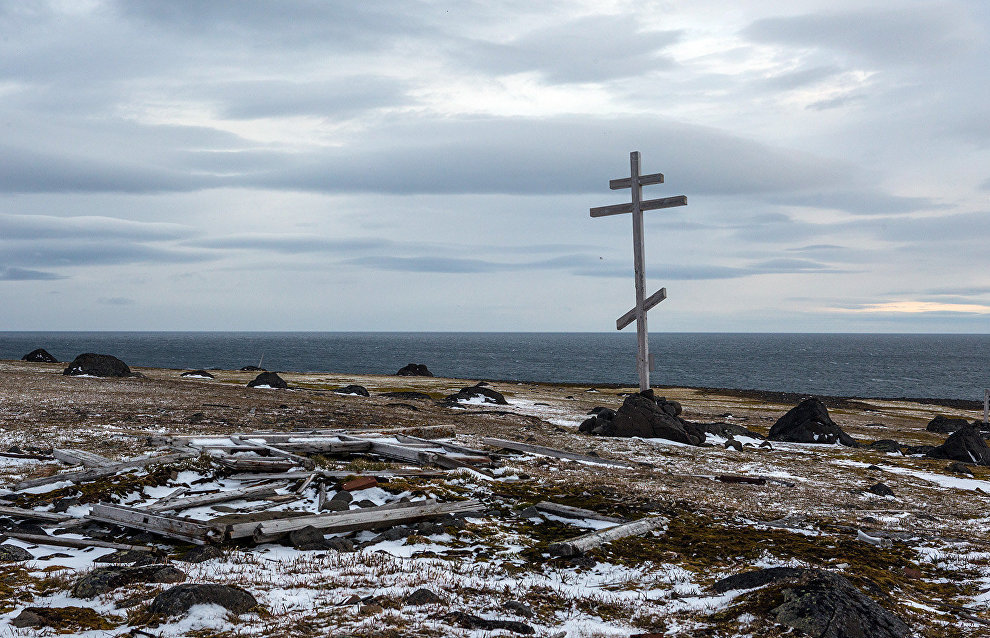 Members of the Northern Fleet expedition to Franz Josef Land aboard the Altai rescue tugboat conclude that the search for the remains of navigator Valerian Albanov's group, which left the Svyataya Anna ship on Prince George Land in 1914, can be continued, First Rank Captain Alexei Kornis, Head of the Northern Fleet Hydrographic Service, said in an interview with RIA Novosti.

The expedition led by a Russian polar explorer, Georgy Brusilov, departed for the Arctic to attempt the first ever passage of the Northern Sea Route under the Russian flag. However, in 1912 the ship was caught in the ice, only to disappear two years later. These events became the basis for Veniamin Kaverin's novel The Two Captains.

In 1914, 13 crew members led by navigator Albanov decided to go to the mainland in search of help. Only two of them survived: Albanov himself, who later wrote the book Going South, to Franz Josef Land, and a sailor named Konrad.

"It is said that history is written by the victors, so we know the story of only one of the participants, while the second one, sailor Konrad, kept silent until his death. It is still unclear how much of the personal is in the story. There are also notes which were found in 2010 on Prince George Land, where the remains of another man from Albanov's shore group were discovered (there were only four survivors there at that time)," Kornis said.

No trace of the other three was found, and it was impossible to identify the remains. In 2010, a journal of a crew member from the Svyataya Anna was found near the remains. It mostly confirmed Albanov's story, but not the most dramatic part: the journey from Svyataya Anna to Franz Josef Land.

"We reached the place where the remains were found back in 2010 and managed to land there on the last day of the expedition (weather conditions are quite difficult near the coast, because of the strong winds often blowing from glaciers). Previous expeditions studied everything carefully and concluded that the other three group members had perished earlier," the hydrographer said.

According to him, the expedition members searched the coast where the remains had been found in the hope that nature might have brought new artifacts to the surface, but they found nothing. After that, they decided to find out if there was a passage further along the ice. "If previous expeditions claimed that it was impossible, we concluded that it was possible and the search should continue in the area around Grant Cape," the researcher said.

The team of the Northern Fleet expedition led by Fleet Commander Vice Admiral Alexander Moiseyev aboard the Altai rescue tugboat carried out comprehensive research on the archipelago's history and geography, including carrying out a route survey of 4,900 km of seabed relief, organizing 18 one-time drifting oceanographic stations and examining 128 coastal geodesic stations and navigation signs from the sea and the shore.