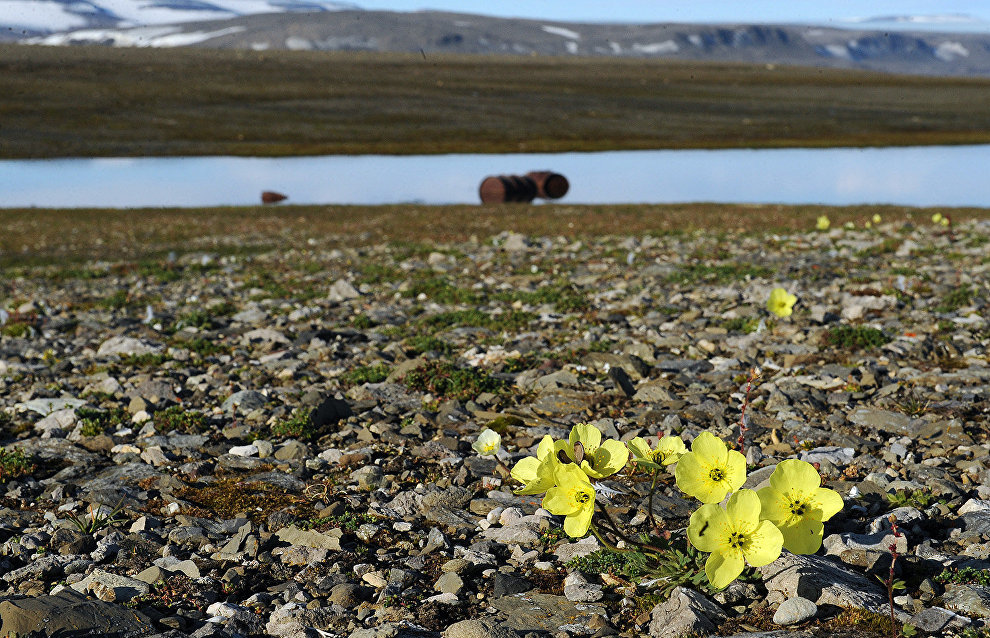 An expedition by the Northern Fleet to the Arctic has confirmed the existence of five new islands in Vize Bay on Novaya Zemlya, which could offer clues on how life first evolved on Earth, RIA Novosti has reported citing Captain First Class Alexei Kornis, Head of the Northern Fleet Hydrographic Service.

The Northern Fleet carried out a complex expedition to Franz Josef Land last August and September. The team of researchers traveled on the Altai rescue tug.

"Five islands were discovered in Vize Bay on Novaya Zemlya, two of which are tiny isles — literally 30 meters by 30 meters," Kornis said. "Today, it is difficult to reach any conclusions about their importance and life span. These islands were formed from landslide material — when a glacier recedes, it crushes everything underneath."

He added that a civil glaciologist on the expedition suggested that the islands might cease to exist within 10 years. Kornis believes, however, that  the islands might exist longer because the bay is "well sheltered."

"It would be useful if someone can undertake to observe how islands like these emerge and evolve as this research is likely to provide scientists with clues to the origins of life on Earth," Kornis said.

According to the scientist, the new islands emerged quite recently — around 2014, when the glacier receded completely.

"I've observed how things on the islands have evolved over time," Kornis said. "First, algae appear, then a layer of humus forms on some stretches of land, next birds appear and plants are carried there," Kornis said. "We've found the remains of a seal torn up by a bear. So, if all of this manages to take root, the islands will survive."