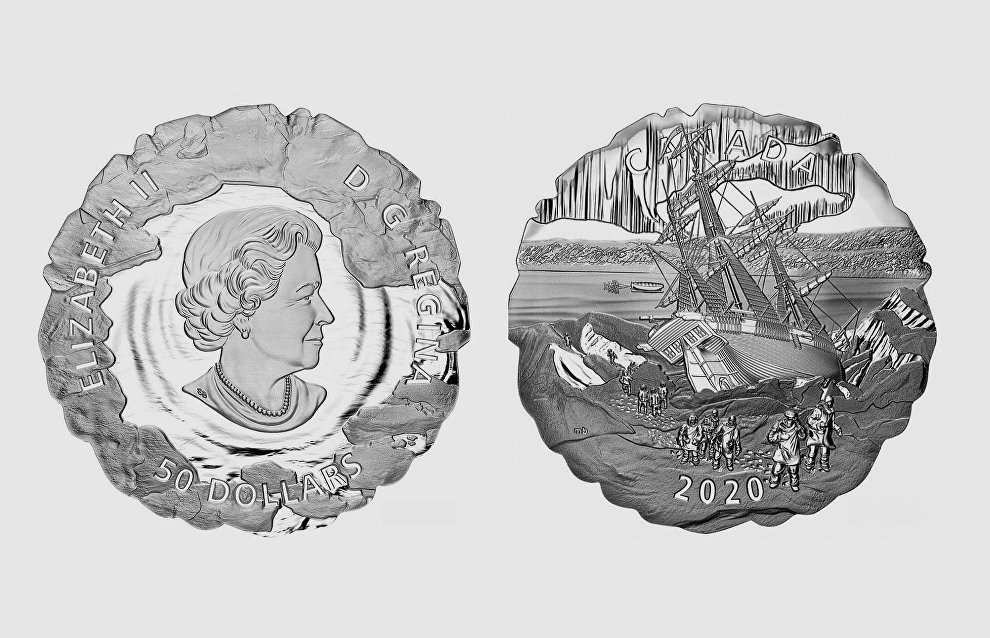 The Royal Canadian Mint has released a 50-dollar coin in honor of Sir John Franklin's expedition that disappeared in the Arctic Ocean 175 years ago.

The British Royal Navy officer, John Franklin, was an experienced explorer with three earlier Arctic expeditions to his credit, two of which were under his command. At the age of 59, he embarked on his fourth expedition in July 1845 to chart and navigate the white-spot stretch of Northwest Passage and thus complete its exploration. But all of the 129 crew of HMS Erebus and HMS Terror, including Sir Franklin himself, disappeared in the Arctic. There were repeated attempts to find the expedition, but they led only to the discovery of some remains off the islands of Beechey and King William.

The coin depicts the tragic fate of the Franklin expedition. Its corrugated edge resembles jagged ice. The obverse of the coin shows Susanna Blunt's effigy of Queen Elizabeth II facing right. The profile seems to be floating in water among ice floes. The coin's denomination (50 DOLLARS) is engraved below. Designed by Royal Canadian Mint engraver Matt Bowen, the reverse portrays a desperate attempt by the surviving crew to leave the ship. Another group in the distance is hauling a lifeboat towards King William Island.