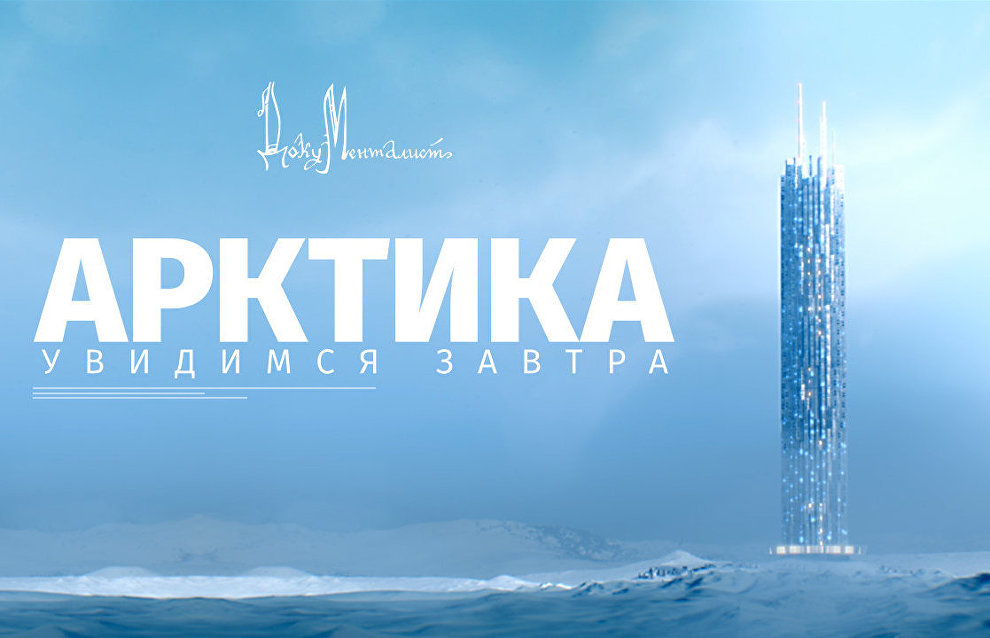 The documentary, Arctic — See You Tomorrow, written and produced by television presenter Valdis Pelsh and Yelena Potanina, premiered on television screens in mid-May. In her interview with Arctic.ru, Yelena Potanina discusses how the region may change in the near future.

—  How was the idea to make a documentary about the Arctic's future born?

— The Arctic clearly attracts much attention in Russia and beyond these days, and there are many documentary filmmakers working on wonderful projects on the Arctic's heroic past. In fact, there are quite a few films of this kind.
However, so far no one has looked into the future of this region. This is what we wanted to do, especially since Arctic development plans are by no means in short supply. On top of our curiosity and the passion for science fiction that has accompanied us since our childhood years, we had all the tools necessary to produce cutting-edge and fascinating images.

Arctic — See You Tomorrow is a major documentary offering a glimpse into the future. It presents real projects and tells us what the Arctic will look like in 10 to 20 years.

— What projects are you referring to?

— There are all kinds of projects. Some of them are nearing completion, which means that this future will arrive in one or two years. For example, the North Pole self-propelled drifting ice-resistant research platform is now under construction in St. Petersburg. The Akademik Lomonosov floating nuclear power plant already generates heat and energy for Pevek, Russia's northernmost city.

The nuclear icebreaker Lider that will be built in Vladivostok's shipyards by 2027 represents a state-of-the-art breakthrough.

—  What other technology could benefit the Arctic in the future?

— Today, drones are used in Africa to deliver medical supplies to remote hard-to-reach hospitals. It may be that this method could be used in the Arctic as well, in the near future.

Researchers from Akademgorodok in Novosibirsk have invented a method for growing vegetables and berries, like strawberries or cucumbers, all year-round at home. People in far-away Arctic regions could be interested in using this method.

Space mirrors reflecting the sun's light could be used to light up the Polar night. By the way, Russian cosmonauts tested this technology on orbit 15 year ago.

—  Where did you shoot the film, and how long did it take?

— Out film crew travelled thousands of miles, both in the air and on an icebreaker. Filming locations included Murmansk and its surroundings, Franz Josef Land, the Gulf of Ob and the North Pole, as well as Yakutia and Pevek.

It took us 10 months to make the documentary, from writing the script to rendering the final version. I hope that viewers will see that we have used this time productively.