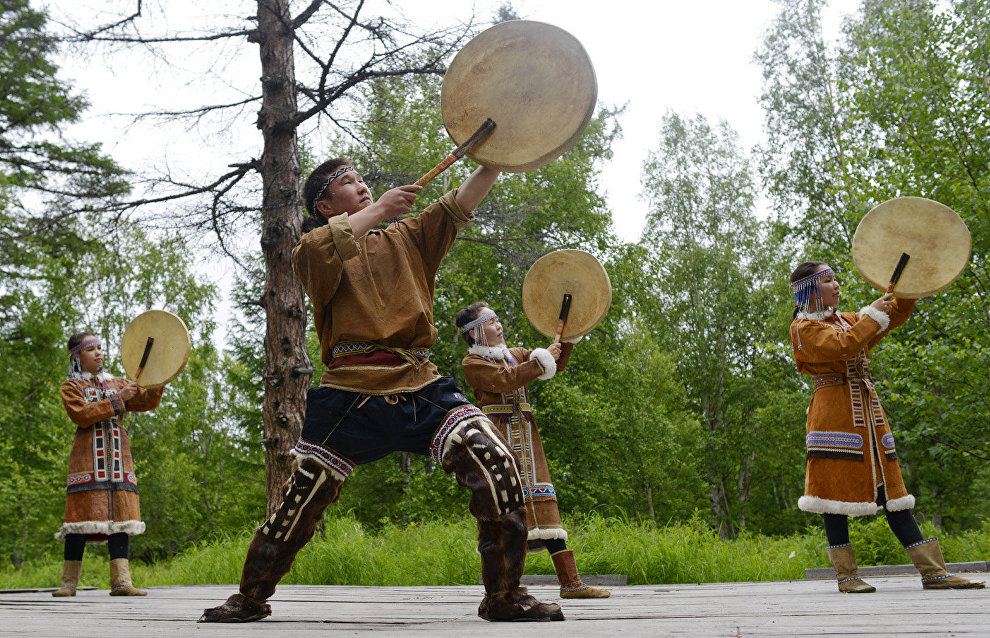 Russian President Vladimir Putin signed an executive order granting Andrei Golovnyov (DSc in History), Director of the Peter the Great Museum of Anthropology and Ethnography (Kunstkamera) and a corresponding member of the Russian Academy of Sciences, the 2019 National Award in science and technology for his contribution to studying the cultural heritage of the Arctic indigenous peoples.

"This is a momentous event for me personally, and a great joy that this award will promote my favorite area of study as well as the research results and discoveries that have been achieved in the challenging area of Arctic research," Andrei Golovnyov said in an interview with Arctic.ru.

Golovnyov added that the North attracted a lot of attention throughout history. During the Soviet era, Arctic exploration was considered equivalent to space exploration. Under the rule of Peter the Great, the North played an important part in state policy; it is no coincidence that the northern capital, St. Petersburg, was built back then. Overall, Ancient Rus developed from north to south: everyone can remember the trade route from the Varangians to the Greeks.

"The Arctic is an observation point with a clear view of the history of Russia. Russia is the northernmost country in the world based on territorial dominance in the northern hemisphere. Russia's geographic center is located on the Arctic Circle at the mouth of the Yenisei River. This is why the northern dimension in Russia looks very natural, organic and fundamental. In other words, the North is a familiar and natural dimension for us, and not something to be discovered. Today's focus on the North and the Arctic is an extremely important emotional aspect," Andrei Golovnyov said.

He also noted that the Arctic is a special region, due to its extreme climate (very quick changes of the season and weather), the fragility and vulnerability of wildlife, as well as in terms of biology and the natural sciences, to say nothing about its natural resources.

"It is also very important that the Arctic is home to numerous indigenous peoples of the North with a high degree of cultural adaptation. They think in terms of dynamics, movement and mobility. Today, these secrets — the science and art of nomadism — are gaining utmost importance, because the entire world is shaken by rapid changes. In order to acquire the necessary experience, we turn to nomads, who we have considered an evolutionary dead end, a rudiment until recently. Today very important changes are taking place in the very view of the traditional culture of the peoples of the North. In other words, traditional or ethnic knowledge and special technologies are in demand, without even saying that the exploration of the Arctic requires the lightness and the ability to maneuver and transform that the indigenous people show. In a way, the tables have turned for traditional cultures. And I like the fact that, thanks to this high award, ethnography and anthropology have become popular today," Andrei Golovnyov concluded.

Background: Andrei Golovnyov is a prominent expert in the ethnology and history of Northern Eurasia, the methodology of history and anthropology, and visual anthropology. He is the author of more than 270 research publications, including six monographs and 10 award-winning anthropology films shown at Russian and international film festivals. He has initiated and heads a number of large international and interregional research projects on historical anthropology, ethnology and the archeology of Northern Eurasia.

Andrei Golovnyov also is a field researcher with 40 years of experience in field and expedition work in Yamal, Taimyr, Gydan, the Urals, the European North of Russia, and Chukotka as well as in Yugra, Yakutia, Scandinavia, Alaska and other areas of the Arctic and Subarctic. He has studied the Nenets people, Selkups, the Enets people, Khanty, Mansi, Sami, Komi-Zyryan, Chukchi, Evenki, Yakuts, Siberian and Ural Tatars, Bashkirs, Nagaybaks, Russian Pomors, Old Believers, Siberian Old Believers, and Ural Germans. His main areas of study include anthropology of nomadism, the history and theory of colonization, ethnophenomenology, cultures and peoples of Northern Eurasia, mythology, and cinema anthropology.