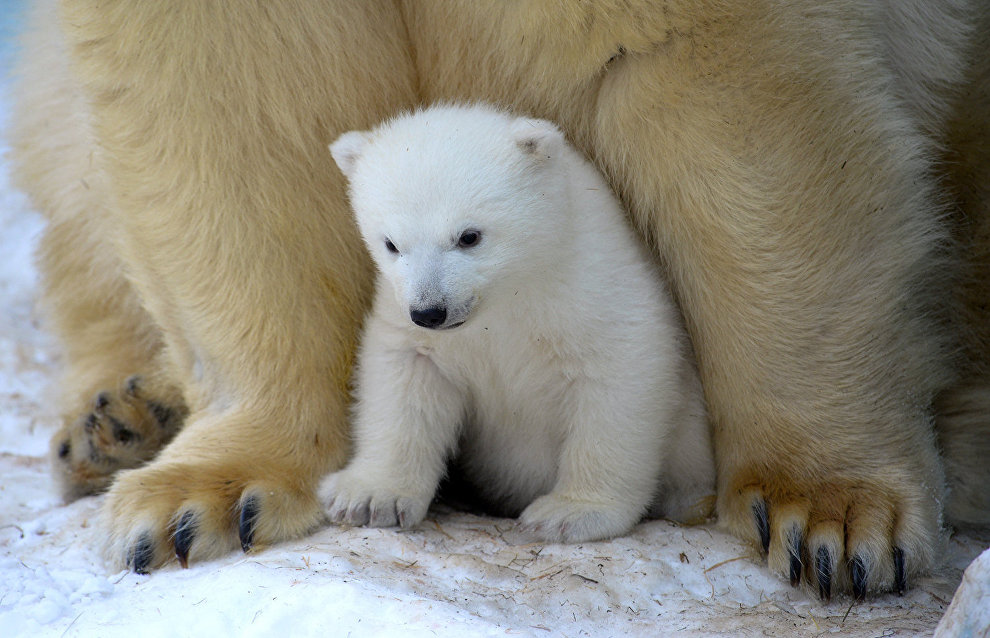 The results of the vote to name a polar bear cub at the Orto Doidu Zoo in the Republic of Sakha (Yakutia) have been announced. Participants could propose a name through the social media accounts of the Zoo and Rosneft. Over 1,000 possible names were submitted. The name Almaz (Diamond) ultimately received the most votes.

Another popular contender was Umka, the name of the main character in the beloved cartoon series about a polar bear cub and his friend, the final episode of which was released at the end of 2019.

During the voting, the bear cub grew rapidly. When the bear cub and his mother, Kolymana, left their lair in April, he weighed 18 kg. In a month, the bear cub doubled his weight to reach 30 kg. He became even more agile and inquisitive, got accustomed to the zoo employees, and feels fine.

Experts estimate that the current polar bear population consists of 22,000 to 31,000 bears living all over the Arctic Basin, including its coast and islands.

Since 2014, 35 polar bears in all Russian zoos have been under the care of Rosneft, which provides for their upkeep: full feeding, veterinary service and environmental enrichment. In addition, Rosneft is carrying out a comprehensive program to study, support and protect polar bears, including the rescue and rehabilitation of orphaned bear cubs.