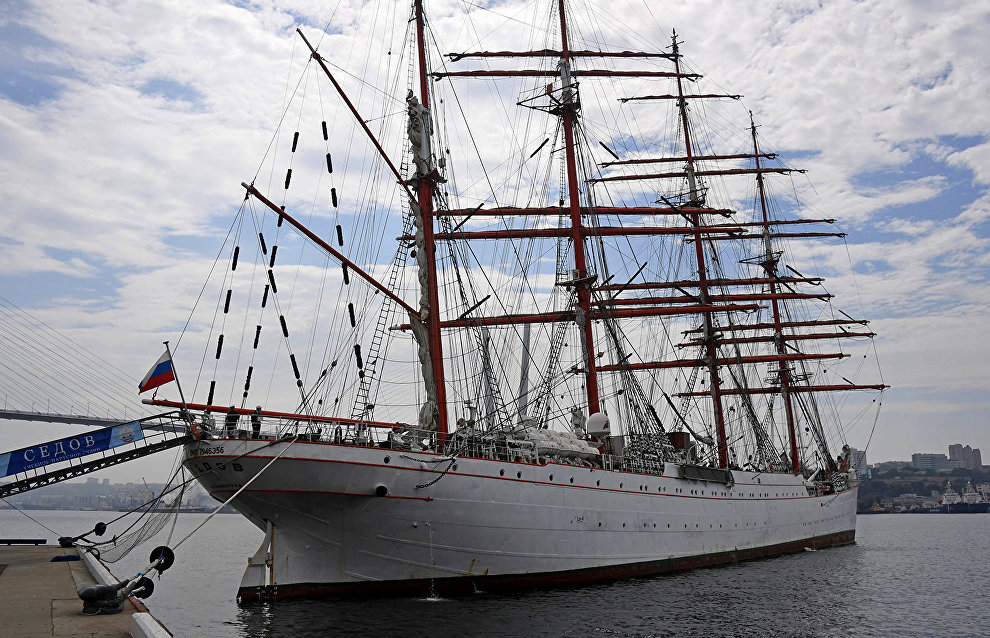 Sailing ship Sedov sets out for Arctic expedition from Vladivostok

The world's largest steel barque, the Sedov, has set sail from Vladivostok on an expedition along the Northern Sea Route. This will be its first Arctic voyage for the past 150 years.

"Our goal is to pay tribute to Georgy Sedov whose name the barque carries. The captain dedicated his entire life to Arctic exploration. It is important to train a qualified crew who would have a proper understanding of the operations in the Arctic and its harsh conditions. As Polar explorers like to say, may the ship travel through clear waters and have the guidance of the North Star. We wish you fair winds and following seas," said Deputy Head of the Federal Agency for Fishery Pyotr Savchuk at the ceremony marking the start of the voyage.

Being a member of the round-the-world expedition marking 200 years since the discovery of the Antarctic and the 75th anniversary of the Victory in the Great Patriotic War, the Russian barque arrived at the Vladivostok Port last Friday, for trainee crew rotation and replenishment of supplies. The ship is now home-bound to its port of registration in Kaliningrad.

It is expected that the Sedov will briefly make a stopover in Petropavlovsk-Kamchatsky to stock up. An icebreaker will accompany the ship to ensure its safety during its voyage through the Arctic.

The Federal Agency for Fishery earlier decided to organize an additional one-month long tour due to the fact that most of the Sedov's foreign port calls had been cancelled amidst the spread of the novel coronavirus. Extra time at sea allows trainees to achieve more sailing experience and to gain the required qualifying hours.