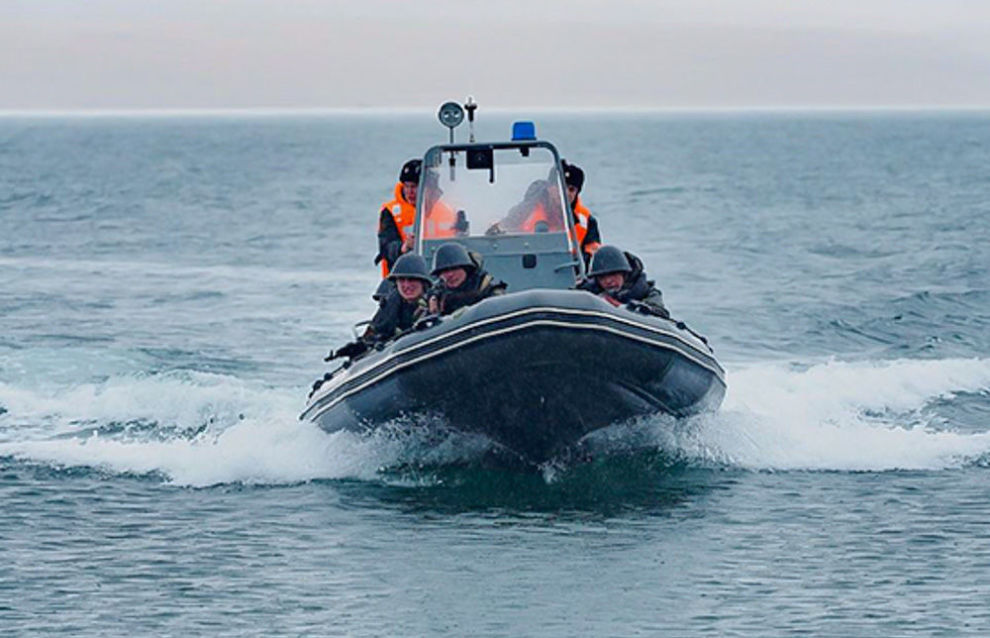 The Arctic group within Russia's Northern Fleet took part in a tactical training exercise in defending Russia's Arctic islands and continental territories in Tiksi Bay near the townsip of Tiksi.

According to a statement released by the Northern Fleet press service, the maneuver was designed as a collective training for the fleet's forces and troops during a landing operation on an unimproved shore captured by a hypothetical enemy and efforts to defend the beachhead, as well as a raiding exercise in the Extreme North and the Arctic.

"The exercise took place in several stages. With fire support from the large anti-submarine ship Severomorsk and two Ka-27 helicopters, fast landing crafts approached the shoreline, engaged the enemy and enabled the large landing ship Kondopoga carrying the main landing forces to approach the shore," the Defense Ministry said in a statement.

Once the beachhead was taken, the main landing force disembarked directly from the landing ship Kondopoga on an unimproved shore in BRT-82A armored personnel carriers and DT-10 Vityaz all-terrain carriers.

After that, the marines exercised raiding operations, searching for and eliminating reconnaissance and sabotage groups of the hypothetical enemy in coastal regions.

Exercises of this kind have become a regular occurrence for the Northern Fleet in the Arctic. Landing and raiding exercises have already been held on Novaya Zemlya, Severnaya Zemlya, Taimyr, Саре Chelyuskin and the New Siberian Islands. This is the second time that Yakutia has hosted drills near Tiksi.