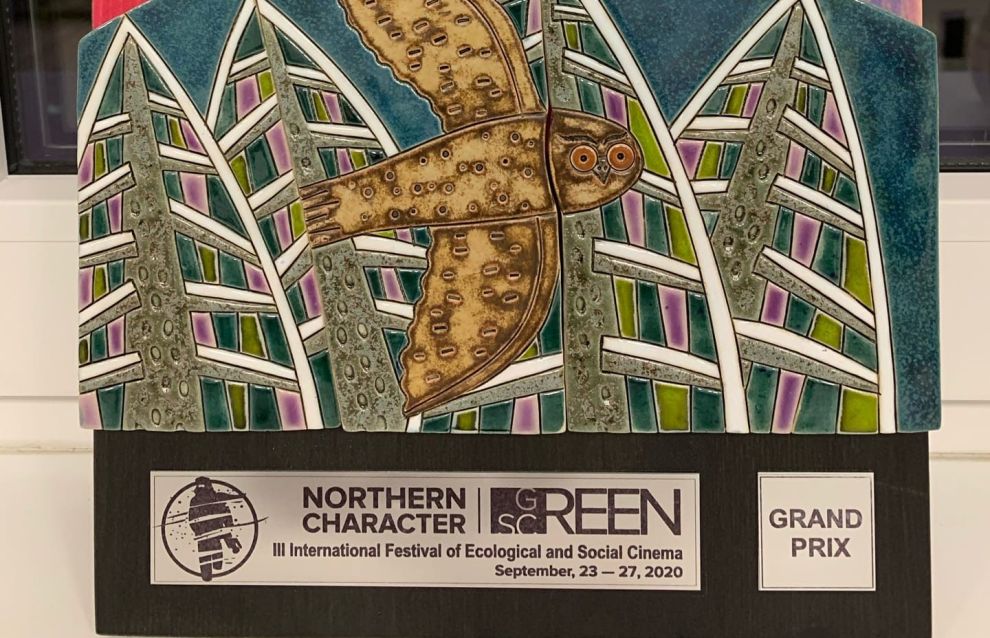 The town of Nikel on the Russian-Norwegian border hosted the virtual 3rd Northern Character: Green Screen international festival of environmental and social films. The theme of the 2020 festival was “Nature is a Source of Inspiration.” The festival’s competition program featured nine documentaries and seven short feature films from Russia, Norway, Sweden and Finland.

The festival jury included Tamara Sushko from Sweden, Gunnar Setra from Norway, and Nikita Chisnikov and Tatyana Yulusova from Russia. Honored Filmmaker of Russia, producer Valery Ruzin, president of the Eurasian Academy of Television and Radio, member of the Union of Filmmakers of Russia and the International Academy of Management, headed the jury.

Russian director Yevgeny Bezborodov received the Grand Prix for his film Water: Time for Thirst about Kyrgyzstan, a land of glaciers, clean lakes and rivers. The republic became one of the first countries to face a water crisis, and all the problems of humankind are reflected in Kyrgyzstan’s problems like in a drop of water.

The award for the best short feature film went to the Russian film Forgive Me, Dog, directed by Nikita Khozyainov. The film shows a successful business manager on the verge of death. One fine day, he meets an old dog named Gray who he had mercilessly kicked out many years ago.

The Activist, directed by Petteri Saario from Finland, was named the best documentary. This touching and inspiring story deals with a miner’s daughter and her struggle against a sprawling mining company. The film shows the plight of a priceless swamp in a Lapland reserve and makes people wonder whether it is possible to sell everything if the price is high enough.

A special World Wide Fund for Nature award went to the film Lapland Reserve, directed by Boris Dedenyov, about the secrets and mysteries of this protected area that was established almost 90 years ago. The jury also presented another special award for the best camera work to the film Land of the Leopard or the Human Phenomenon, directed by Alexander Melnikov, on efforts to save the Far Eastern leopard. This film is about preserving the planet’s biodiversity.

The festival also included workshops by Russian and foreign filmmakers, the presentation of nature conservation projects by artistic means, non-contest showings and a cultural program.

The festival is sponsored by the Presidential Grants Foundation, the Administration of the Murmansk Region’s Pechenga District, Norway’s Sør-Varanger Community, the Second School Center of Social Projects in the Pechenga District, the World Wide Fund for Nature, the Murman State Television and Radio Company and Norway’s Tromsø International Film Festival (TIFF).