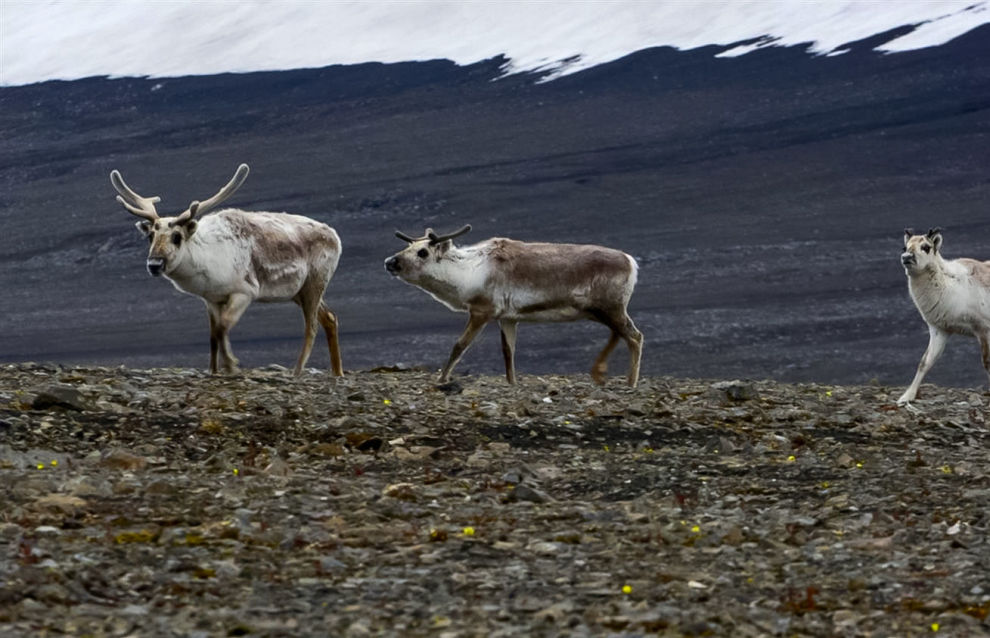 Employees of Russian Arctic National Park, together with students and researchers from the research vessel Professor Molchanov, visited Novaya Zemlya and the southern cluster of the national park.

“The most important event can be considered an encounter with a small herd of Novaya Zemlya reindeer in Ivanov Bay. We saw for the first time not only adults, but also three calves aged 1.5 months in the herd. This is a very important finding that changes the current status of this endangered species in Russian Arctic National Park. Earlier it was believed that calf pastures were most likely located south of the protected area, but now there is evidence that reindeer can not only live year-round in the north of Novaya Zemlya, but also breed here,” Ivan Mizin said when sharing the research results.

The researchers also spotted new species of vagrant birds: they recorded an unexpected sighting of a male horned lark in Vitnyaya Bay, and also saw long-tailed ducks and barnacle geese in this place for the first time.

Employees of the national park’s safety department accompanied the expedition members during the landings, made sure the team followed the rules for visiting the protected area, and provided protection from polar bears, preventing possible conflicts with these predators.

“We saw polar bears only from afar. Thanks to this, the work was carried out on coastal routes, and the scientists took samples of air and snow without fear,” said Vadim Zakharyin, head of the national park’s safety department.

The expedition to Cape Zhelaniya delivered equipment for the future visitor center, and the scientists took fragments of an old Pomor boat from the Oranskiye Islands.