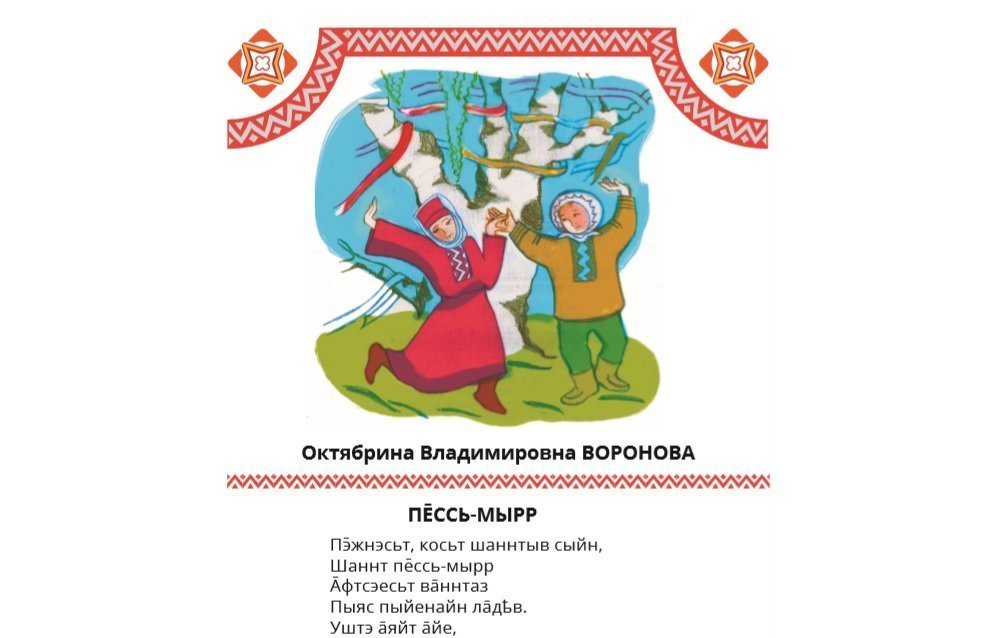 © Project Office for the Development of the Arctic

Literary Reading in the Sami Language: Schoolchildren get a new textbook

Literary Reading in the Sami Language for fourth-grade students has been published as part of a series of Sami textbooks for young schoolchildren. The new textbook is intended for children studying Sami as their native language or as a foreign language.

The book was compiled by Nadezhda Bolshakova, the founder and keeper of the Oktyabrina Voronova Museum of Sami Literature and Writing in Revda, Murmansk Region, and a member of the Union of Russian Writers. Olga Platova created the watercolor illustrations for the book.

The textbook includes excerpts from Sami and Russian classics translated into both languages. The series was launched in 2019 with support from the Foundation for the Preservation and Study of the Native Languages of the Peoples of the Russian Federation and meets all the requirements of the Russian education system. The book was designed under the grant program of the Project Office for the Development of the Arctic.