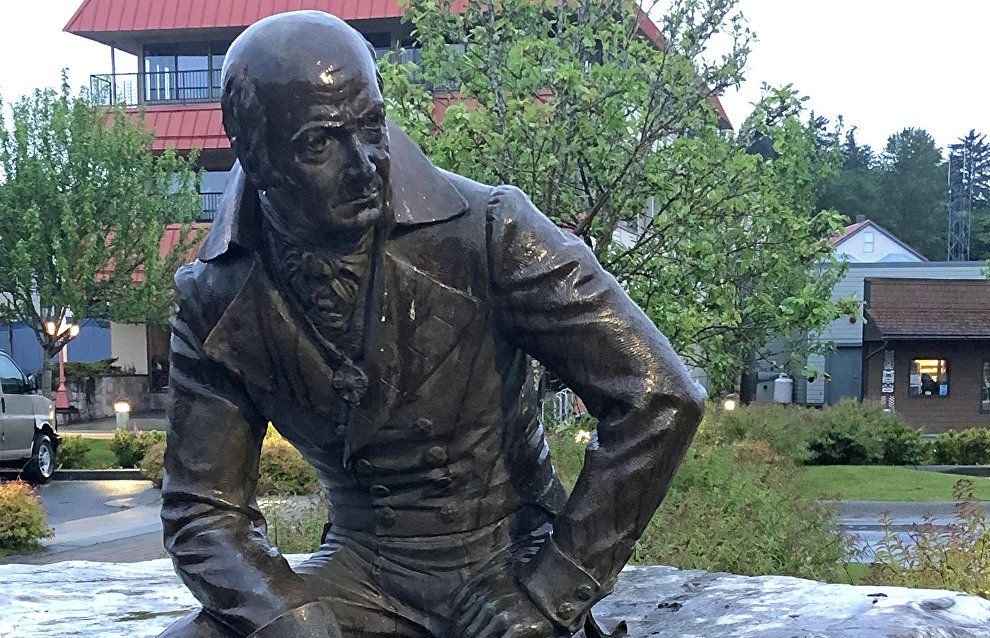 Monument to Russian governor of Alaska to be removed from downtown

The statue of Alexander Baranov, the governor of the Russian settlements in North America in the late 18th and early 19th centuries, will be removed from the center of Sitka, Alaska, and relocated to a city museum. The decision was taken by the City Assembly, which accused the former governor of crimes against the indigenous population.

The local authorities posted the decision on their website. They recognize Baranov's contribution to Sitka history, "however, it is also well known that much of this history involves Baranov directly overseeing enslavement of Tlingit and Aleut people to hunt fur mammals to near extinction," reads the resolution.

The authors of the resolution accuse Baranov of crimes against the indigenous population, "murder, and theft of indigenous property — often justified under a theory of racial and cultural superiority," as stated by the opponents of the Baranov statue.

The association of indigenous peoples of the region proposed relocating the statute of the governor of Russian Alaska in late June. The petition was signed by some 3,000 people.

"We were deeply saddened by the fact that it was decided to dismantle the statue of the main ruler of Russian settlements in North America installed in 1989," Ambassador of Russia to the United States Anatoly Antonov said.

He noted that under the governor's leadership, over 200 settlements were built, some of which still exist. Baranov spearheaded the founding of the city of Novoarkhangelsk, now Sitka, and the building of numerous schools, libraries, hospitals, recreational centers, nursing homes, shipyards and agricultural colonies, as well as the opening of brick-making and iron smelting plants and the construction of the first modular wooden houses for San Francisco. Over 60 Orthodox churches and even a seminary opened under his watch. "During Baranov's governorship, more than 9,000 local residents adopted Orthodoxy. And now the Tlingits, who make up a third of the local population, are Orthodox," Antonov emphasized.

The ambassador also said that the Congress of Russian Americans and the Russian Community Council of the USA sent open letters to state and city legislators. There have also been numerous proposals to buy the statue and transport it to Russia, including those made by the authorities of Russia's Arkhangelsk, Irkutsk and Magadan regions, as well as by Art Russe, founded by Russian businessman Andrei Filatov. But the local officials chose to leave the monument in the city and move it to the museum.

"I had a chance to visit Alaska, and Sitka in particular. I met with Mayor Gary Paxton and a number of public figures. In general, I had the impression that everyone respected the pages of our common history. We also discussed the preservation of the cultural and historical heritage in the United States and further cooperation in this area. Baranov is commemorated not only by this monument; his name was given to the island where the city of Sitka is situated, as well as to the archipelago which the island is part of," Anatoly Antonov said.