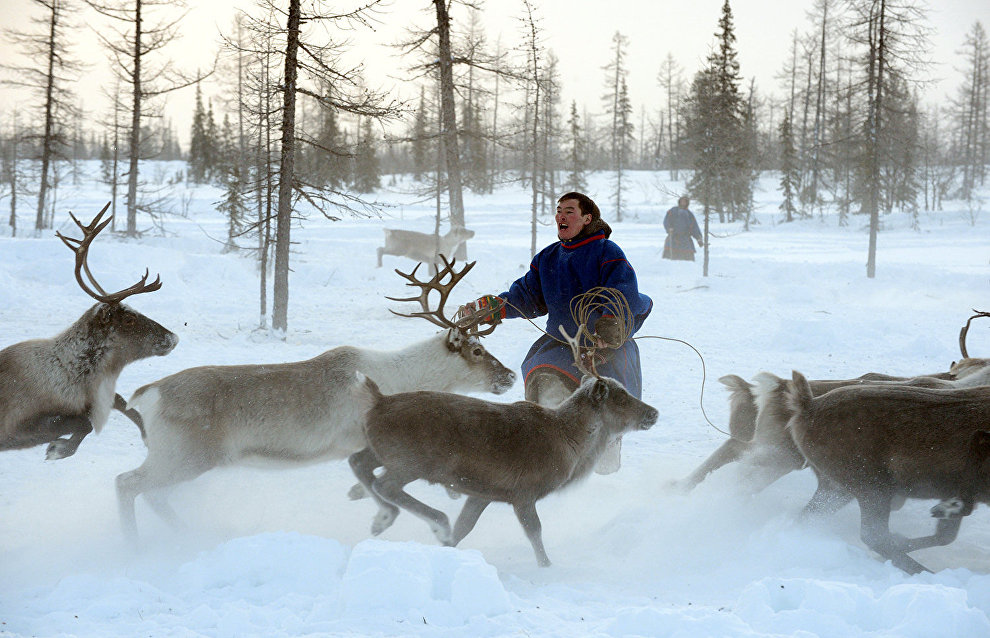 (Minvostokrazvitiya) has endorsed new standards of responsibility for Russia’s Arctic zone residents in relations with the indigenous minorities of the Arctic.

“Now a code of conduct towards the indigenous minorities of the North has been recommended to the resident companies in the Arctic. The ministry will monitor compliance with the new standards and will publish annual reports,” the ministry press service reports.

This document includes standards that the residents are advised to observe in their relations with the representatives of the indigenous minorities of the North. They are supposed to do the following:

- promote the sustainable development of the indigenous small-numbered peoples of the North, improve their living standards and preserve their primordial environment;

- ensure the participation of representatives of the indigenous minorities in decision-making on the issues that affect their rights and interests during the exploration of natural resources in the places of their traditional residence and traditional economic activities;

- cooperate with them in improving the socio-economic situation; and keep their performance as Arctic zone residents open to the public;

- reduce the adverse effects of their economic activities to a minimum in this capacity.

This is the first Russian document that regulates relations between resident companies and indigenous minorities. Previously, this practice was limited to international relations.

In drafting these standards, experts took into account the experience of the companies operating in the Arctic.

At present, there are 19 indigenous ethnic minority groups living in the North, Siberia and the Far East of the Russian Federation with a combined population of 102,000 people.