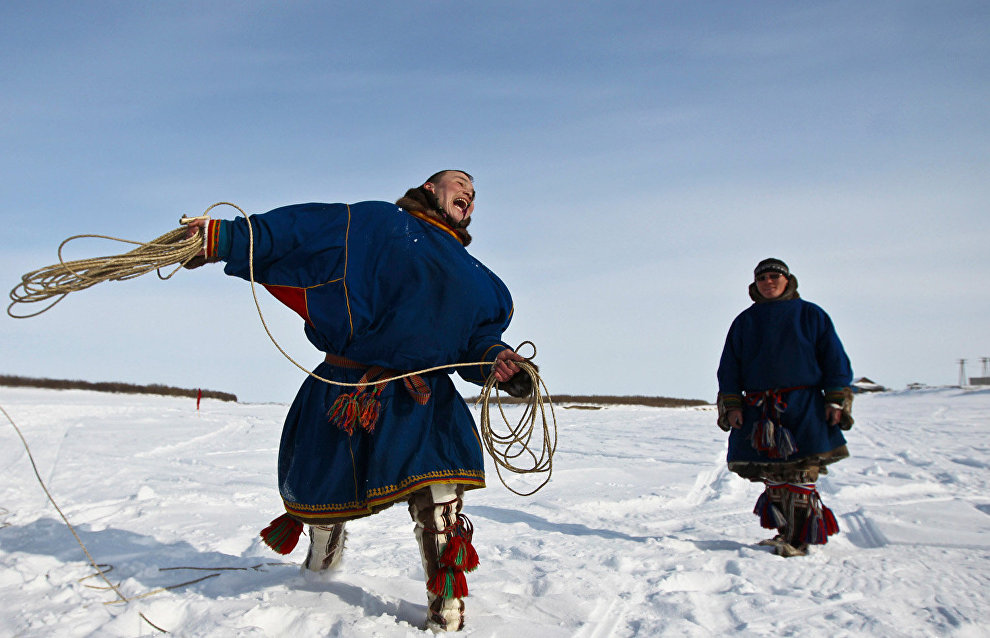 Member of the Federation Council and RAIPN President Grigory Ledkov has come up with a proposal to modify the existing procedure whereby the indigenous peoples of the North are registered. His idea is that people should be registered where they actually are.

“The next issue is registering the nomads. In 2011, it was decided to register them at the nearest settlements, but this was only a temporary measure intended to take the edge off the problem and to enable people to get Russian Federation passports, because they had been denied these as they were not registered.   Today, the situation is still vague, because, in effect, we handle falsified data on people’s whereabouts. We register them at small administrations, tiny settlements, which they pass through once a year, while roaming from place to place, but, in fact, there are no people there, it is just an office,” he told a working group of the Council to Develop the Far East, Arctic and Antarctic established at the Federation Council of the Russian Federation.

According to Ledkov, this uncertainty with regard to the registration rules creates pension and social support problems for the members of the small indigenous communities. They also face difficulties in getting other essential services and implementing their right to vote.

“We think each case should be treated on its merit. There are few such communities left in the Arctic and we could register people where they actually live or happen to be, at their nomadic camps,” he suggested.

The Arctic Council, which Russia will chair from 2021 to 2023, after taking over from Iceland in May, will focus on improving the quality of life of small indigenous communities. Currently Russia’s Arctic territories are inhabited by 19 small indigenous peoples of the North numbering a total of 102,000 people.