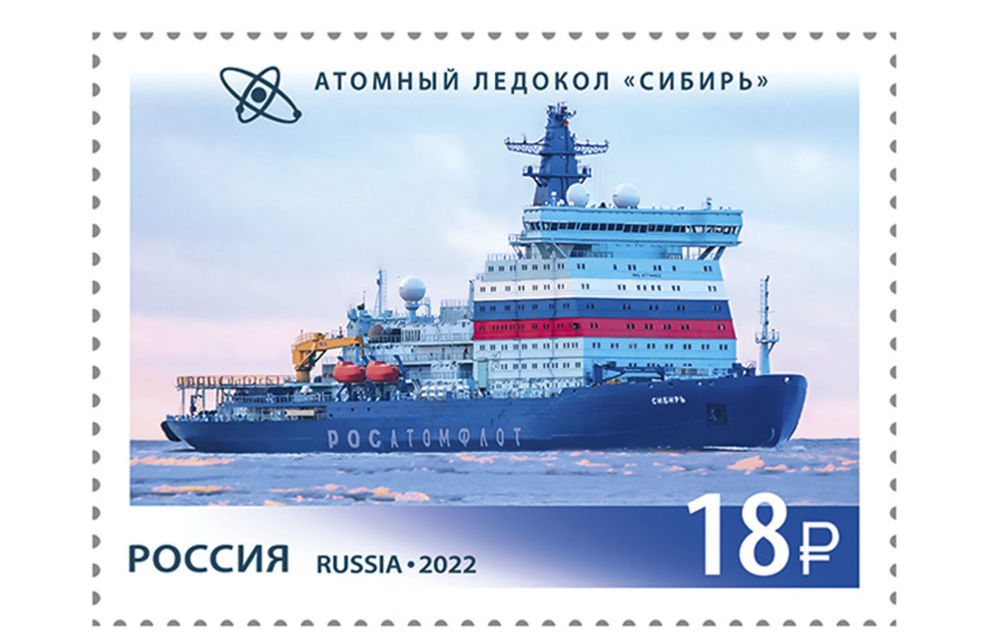 Stamps and envelopes showing the Arktika and Sibir (Siberia) nuclear icebreakers were put into circulation. A cancellation ceremony took place simultaneously at the Baltic Shipyards in St. Petersburg and in Murmansk. 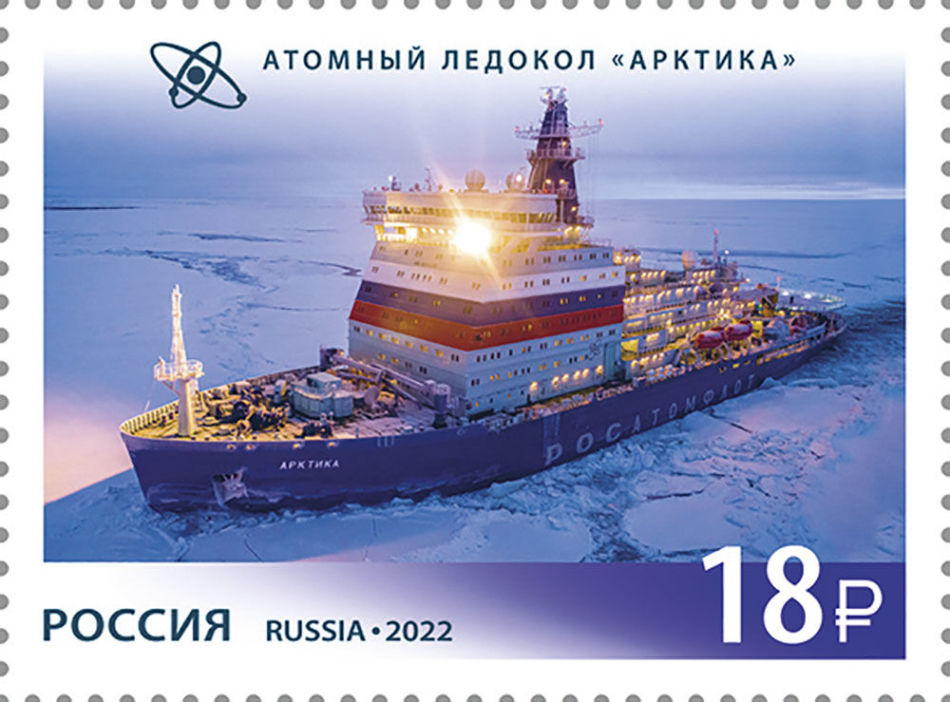 “This event is very interesting. I am very grateful to Russian Post for making it possible to capture the images of the icebreakers that we built so wonderfully,” said Alexei Kadilov, general director of Baltic Shipyard, at the ceremony. 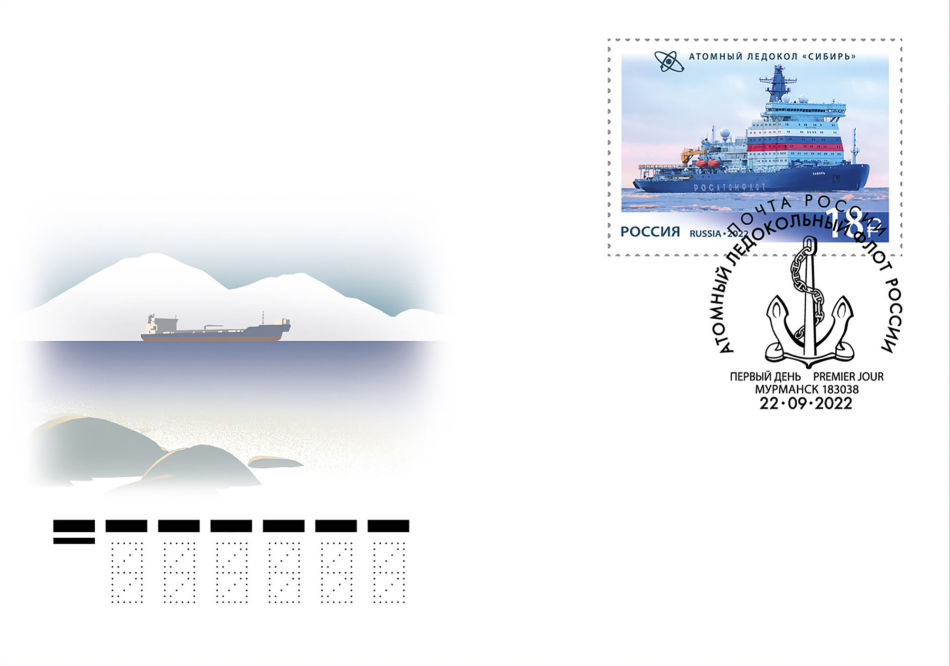 “This will spread throughout the country. <…> It will reach all people; they will see it and be proud of the icebreakers that the whole country helped to build, without exaggeration.” 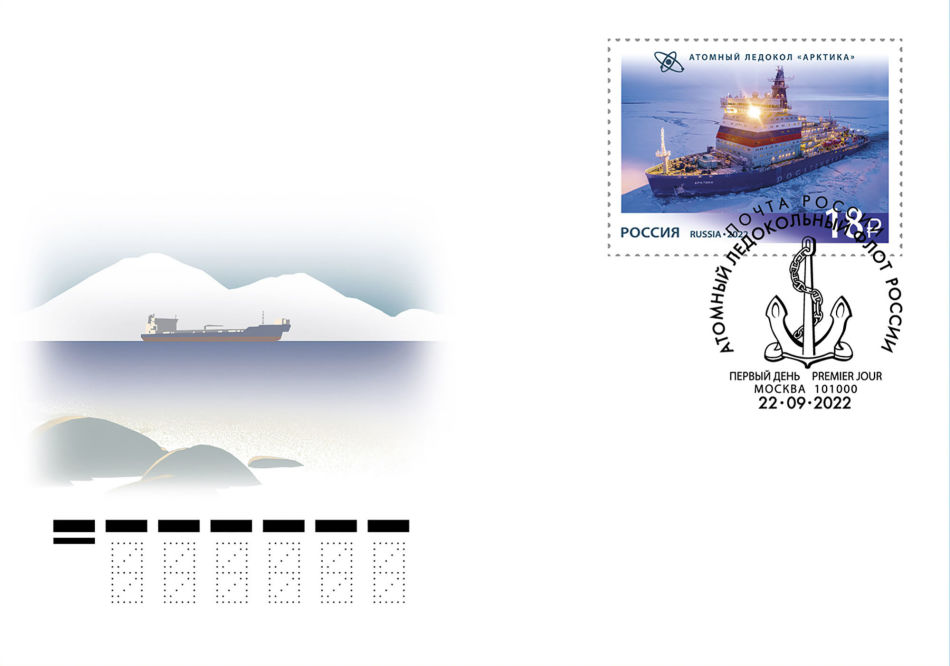 Alexei Volkov, deputy director of Russian Post’s North-West Macroregion, noted: “The icebreaker fleet and Russian Post basically promote the same cause: they bind the people of Russia together.”

Stamps and envelopes depicting nuclear icebreakers from the Russian Marine Fleet series will be distributed to the country’s post offices with a print run of 120,000 pieces of each image. In addition to the stamps, a commemorative art postmark was also designed with a cancellation date of September 22, 2022. 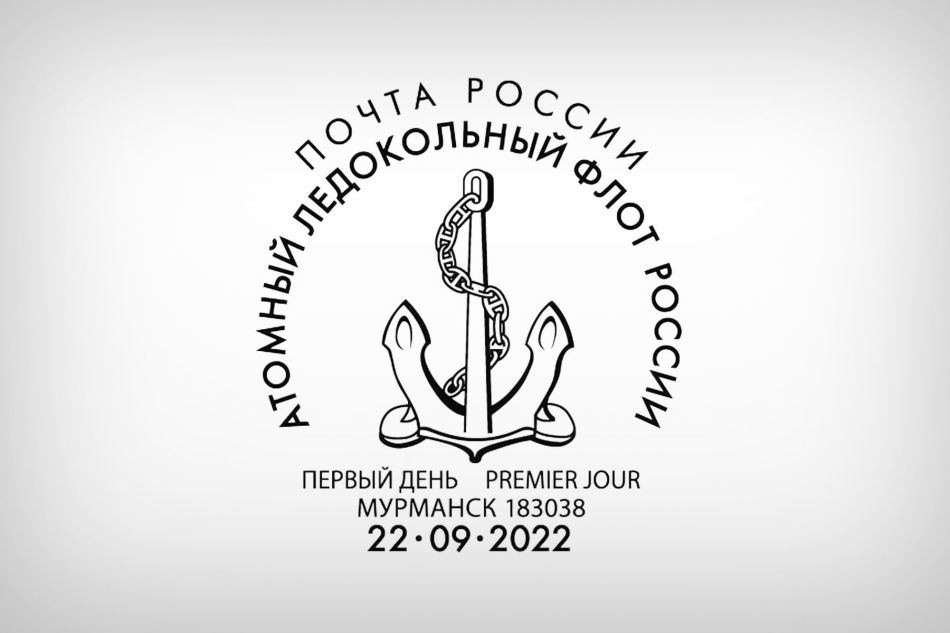 According to Baltic Shipyard’s press service, it is symbolic that the simultaneous cancellation on the five-year anniversary of the launch of the Sibir universal nuclear icebreaker took place both aboard the ship and at the shipyards.