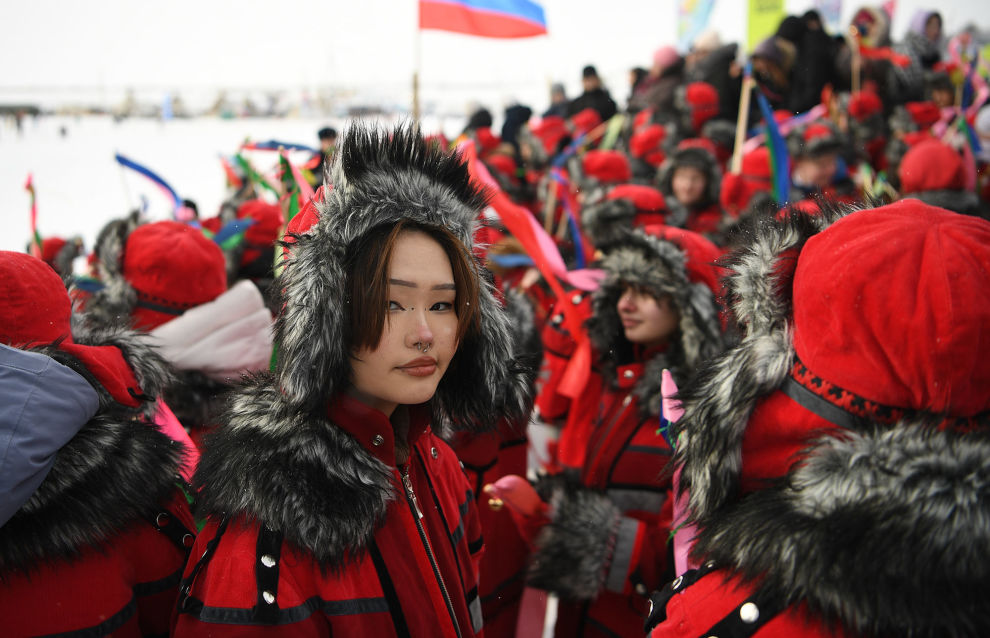 Chukotka children to be registered in indigenous communities earlier

The age that children can be officially registered in communities of small-numbered indigenous peoples has been reduced from 16 to 14 years, which will help introduce them to the culture and traditions of economic activities earlier. On October 20, 2022, the President submitted amendments to the Federal Law “On the general principles of communities of small-numbered indigenous peoples of the North, Siberia and the Far East of the Russian Federation.”

“A continuity of tradition is what we need now. Representatives of the older generation are competent mentors and an example for young people. Currently, about 1,500 communities are registered in Russia, with 61 of them in Chukotka. With the adoption of the new amendment, the numbers and composition will be significantly updated,” Yelena Yevtyukhova, State Duma deputy from the Chukotka Autonomous Area, said in commenting on the significance of the basic law for the indigenous peoples of the North.

The amendment introduces mandatory registration of members of communities of indigenous peoples and prohibits simultaneous registration in more than one community.

“At the same time, communities can include no more than a third of their population who are not ethnically part of the indigenous minority, but who permanently live in places of traditional residence of these peoples and who carry out traditional economic activities. At least three representatives of the indigenous peoples of the North can be designated the founders of a community,” the office of the Governor and the Government of the Chukotka Autonomous Area said in a statement.

The law specifies the content of the charter and the community’s right to conduct entrepreneurial and other income-generating activities if it serves to protect their original habitat, preserve and develop their traditional way of life, and the economic activity, crafts and culture of these peoples. Also communities have the right to compensation for losses caused by the economic activities of organizations under all forms of ownership including individuals.

The federal law was adopted by the State Duma on October 4 and by the Federation Council on October 19.

The law was discussed at various regional venues, as well as in the State Duma Committee on Issues of Nationalities with input from the Federal Agency for Ethnic Affairs and the Association of Indigenous Minorities of the North, Siberia and the Far East of the Russian Federation. Representatives of the Government and the Duma of Chukotka, as well as from the Association of Indigenous Minorities of Chukotka took active part in drafting proposals for the law. There is still a lot of work ahead. We continue to work to improve the legislation for the benefit of our citizens,” Ms. Yevtyukhova emphasized.

In Chukotka, the majority of communities, 32, are registered in Anadyr; 11 in the Anadyrsky District; seven in the Providensky Urban Area; five in the Chukotsky District; four in the Bilibinsky District, and one each in the Egvekinot and Pevek  municipalities.