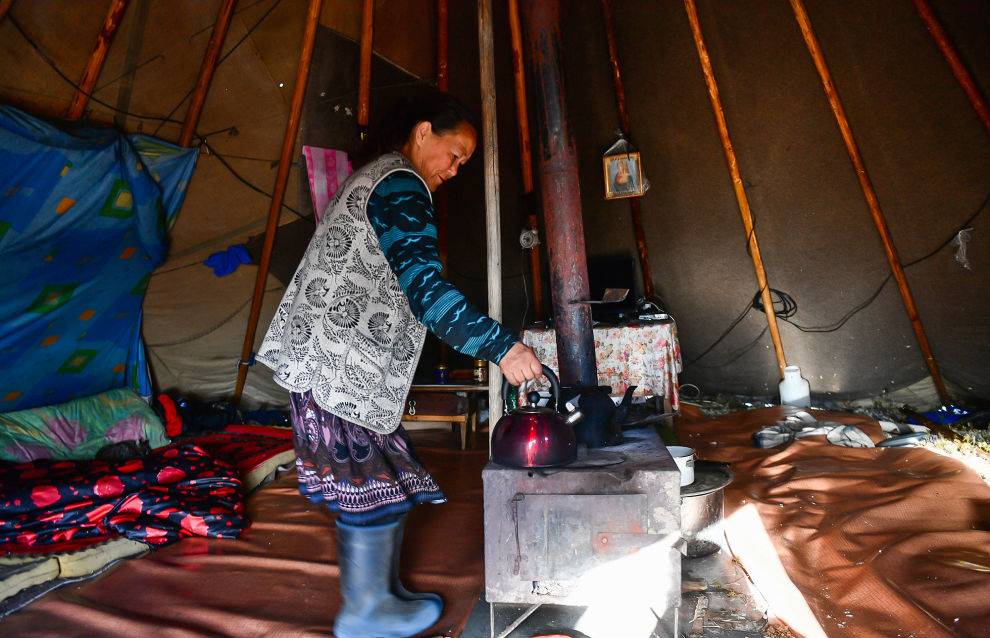 Сhum keeper to become a job designation in Russia

A new job designation, chum keeper, may become official in Russia. A chum is reindeer skin tent. The chum keeper is a person who runs the tent where the reindeer herder lives while tending to the animals.

This job is typically done by the reindeer herder’s wife, however, it is possible that another person can do it.

Grigory Ledkov proposed including ‘chum keeper’ on the list of official professions in Russia at a Federation Council meeting. Ledkov is president of the Russian Association of Indigenous Small-Numbered Peoples of the North.

“Chum keeping as such does not exist as a job,” he said, “Everyone makes do by either hiring a person as a reindeer herder assistant, a junior herder, or other similar jobs. It’s about time we clarify this.”

The job include maintaining the hearth in the chum, collecting wood, making water out of snow, cooking and repairing clothes; the reindeer herding season can last many months.

“When needed, the chum keeper helps the reindeer herder with the herd, but this person does not receive a salary because she is usually the wife, at least in the traditions of the Far North,” the parliamentary paper says.

The Russian Arctic is home to 19 indigenous small-numbered ethnicities. They are mostly engaged in traditional activities like animal husbandry, dog breeding, hunting and fishing, collecting wood and wild mushrooms and berries, and they construct traditional dwellings and make folk crafts.

The Federation Council members discussed supporting the traditional activities of the indigenous peoples of the North on October 21 at a meeting of the Committee on Federal Structure, Regional Policy, Local Government and Northern Affairs together with the Council on the Development of the Far East, the Arctic and Antarctic under the Federation Council.