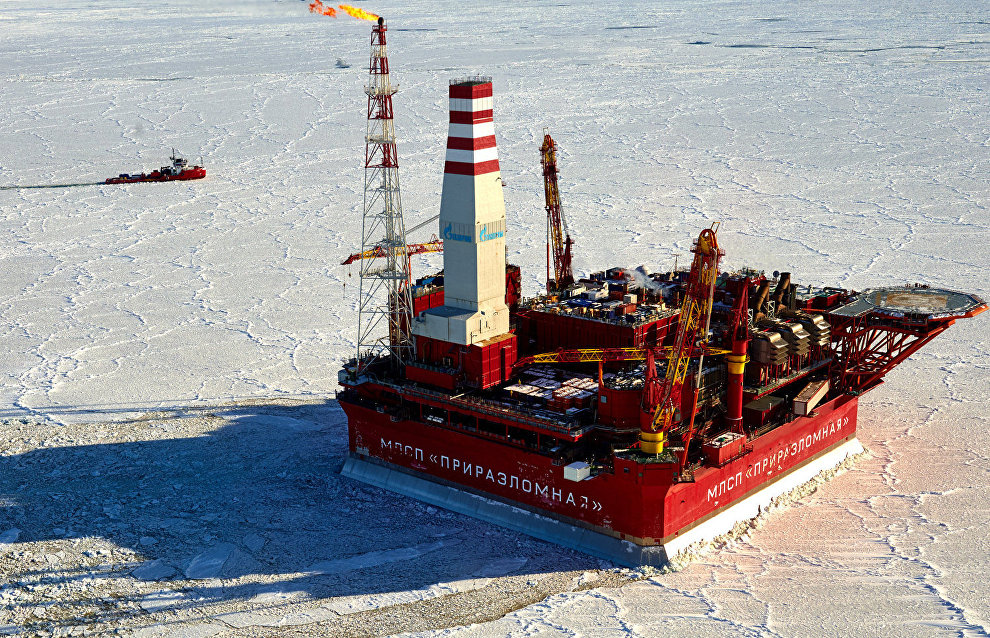 A large-scale exercise to remove oil spills has been held near the Prirazlomnaya oil rig in the Pechora Sea. As per the legend, an oil tanker collided with a support vessel not far from the platform, spilling 1,500 tons of oil into the sea, the government press service of the Nenets Autonomous Area (NAA) reported.

The game involved Gazpromneftshelf, Verandei Terminal, Ekoshelf-Baltika, a professional emergency rescue unit, the maritime rescue service of the Federal Agency for Maritime and River Transport (Rosmorrechflot), the Emergencies Ministry's Main Directorate for the NAA, and the LUKOM-A-Sever guard agency.

Operating 60 units of equipment, participants localized and removed the oil spill and protected the coastline in the area of Port Varandei and the Dolgy Island coast.

Specialists from the Nenets State Nature Reserve also took part in the effort. "If a spill is not removed in time, it may have most unpredictable consequences for the NAA's ecosystem. Our staff have been invited as experts to minimize potential environmental damage," said Stanislav Zolotoi, director of the reserve.