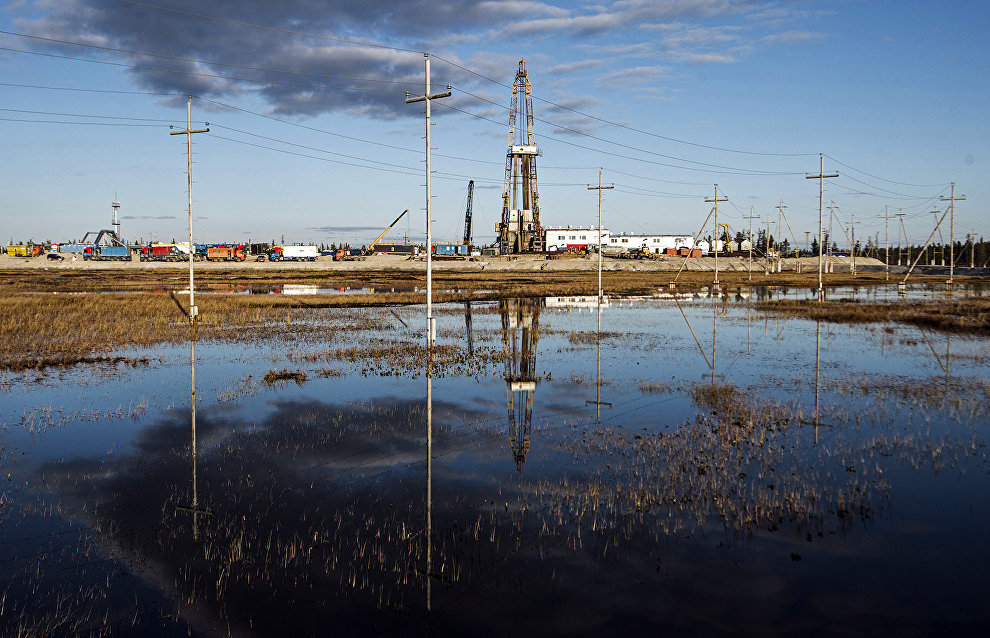 Messoyakhaneftegaz, a joint venture of Rosneft and Gazprom Neft, has completed the construction of its first deep well at the Vostochno-Messoyakhskoye field in the Yamal-Nenets Autonomous Area and plans to launch 10 more deep wells in 2018, RIA Novosti reported.

"The initial inflow of 250 metric tons of oil per day has confirmed the high potential of developing the deep strata of the Messoyakhsky fields," the company's statement reads. The new well is 3.3 km deep and 4.4 km long. The information received will help in making a decision on the further drilling of deep deposits on the mainland Arctic, according to the statement.

The deposits belong to the Lower Cretaceous deposits formed 136 million years ago and contain lighter oil than the main reservoir under development located 800 m below the surface, the press release says. "In 2018, Messoyakhaneftegaz plans to launch 10 more deep wells," the companies said.

At the end of December 2017, it was reported that Sberbank and Gazprombank would finance a 100 billion ruble Messoyakha project for a period of 10 years as part of project financing.

Vostochno-Messoyakhskoye is the northernmost developed deposit on the Russian mainland. It is located in the Tazovsky District of the Yamal-Nenets Autonomous Area, 340 km north of Novy Urengoi. The recoverable oil and condensate reserves are estimated at over 340 million metric tons. In 2017, production at the Vostochno-Messoyakhskoye field amounted to 3.1 million metric tons of oil.