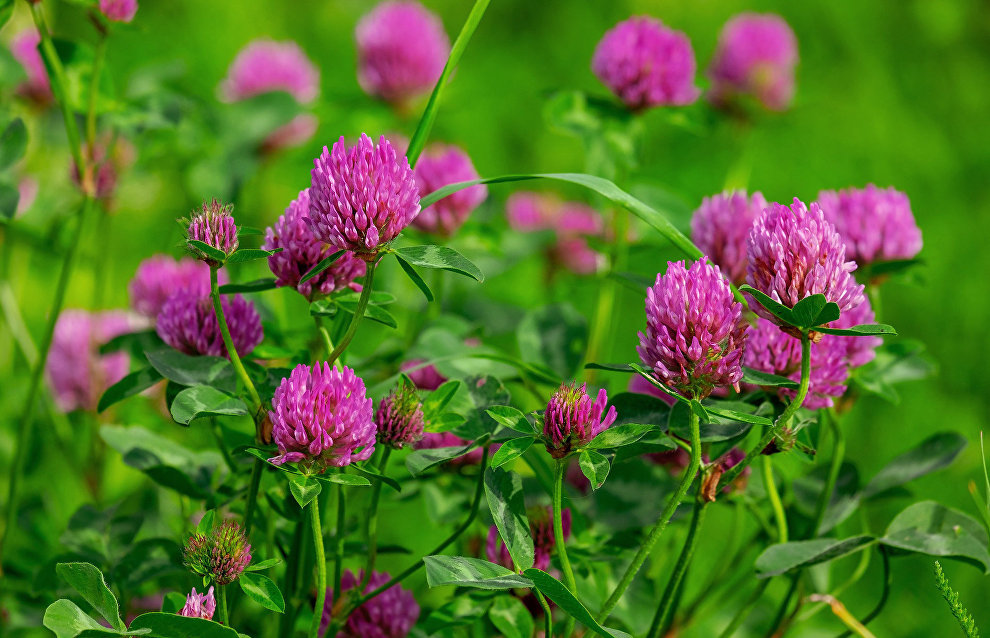 Scientists from the Federal Research Center for Comprehensive Arctic Studies under the Ural Branch of the Russian Academy of Sciences (Arkhangelsk) produced a new variety of red clover named Tayozhnik (taiga dweller) intended for use as fodder in the northern regions.

According to the developers, red clover (Trifolium pretense L.) is of priority importance for agriculture in this region. Since the plant is rich in protein, it serves as a traditional fodder for cattle.

"Our varieties have a high fodder productivity potential, but they also have a considerable disadvantage — a low seed yield. This is a very important matter: to give birth to a clover variety, you need to propogate it. This is possible if the clover variety produces seeds every year. Otherwise the farms will find it difficult to continue the work," said Valentina Korelina, PhD in Agriculture, head of the crop farming laboratory at the Arkhangelsk Research Institute of Agriculture, who produced the new type of clover.

The work on the Tayozhnik started way back in 2001. It took researchers 19 years to select the plants for crossing and monitor how resistant the new varieties were to frost and disease.