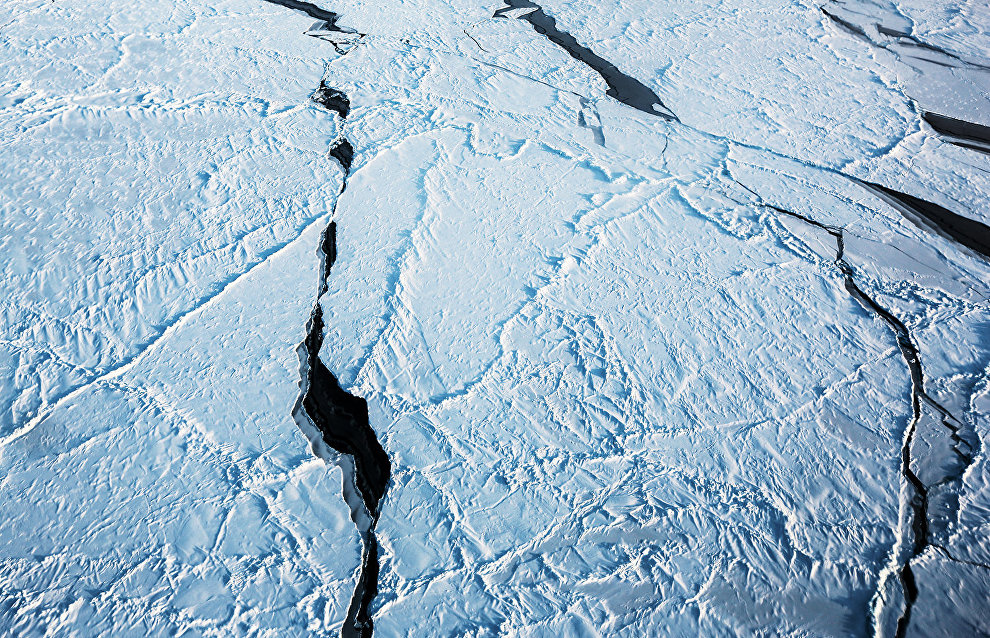 Scientists from the Arctic and Antarctic Research Institute (AARI) will test a new wave recorder to measure the thickness of Arctic Sea ice at the Cape Baranov Ice Base.

According to the AARI press center, the recorder, created at the Institute of Applied Physics of the Russian Academy of Sciences (IAP RAS), is being prepared for shipment to the ice base.
Scientists from AARI and IAP RAS have been using a wave recorder to measure ice thickness in the Arctic for the past three years. The first acoustic recorder was used there last season, but it turned out that the measurements made with it are not always accurate, especially during periods of active ice melting.

"The new equipment will eliminate this problem because it can measure ice thickness in any weather. The operating principle is very simple: the device is lowered on a cable into a large hole in the ice, and it sends a signal that is reflected from the lower and upper surfaces of the ice. The device can be lowered to a depth of no more than 300 meters and can collect reliable data about changes in ice thickness," the AARI press release reads.

In addition, the data collected by the new device will help scientists get a clearer view of the peculiarities of the Arctic climate; it can be used to monitor weather conditions in the region and to make Northern Sea Route navigation safer.