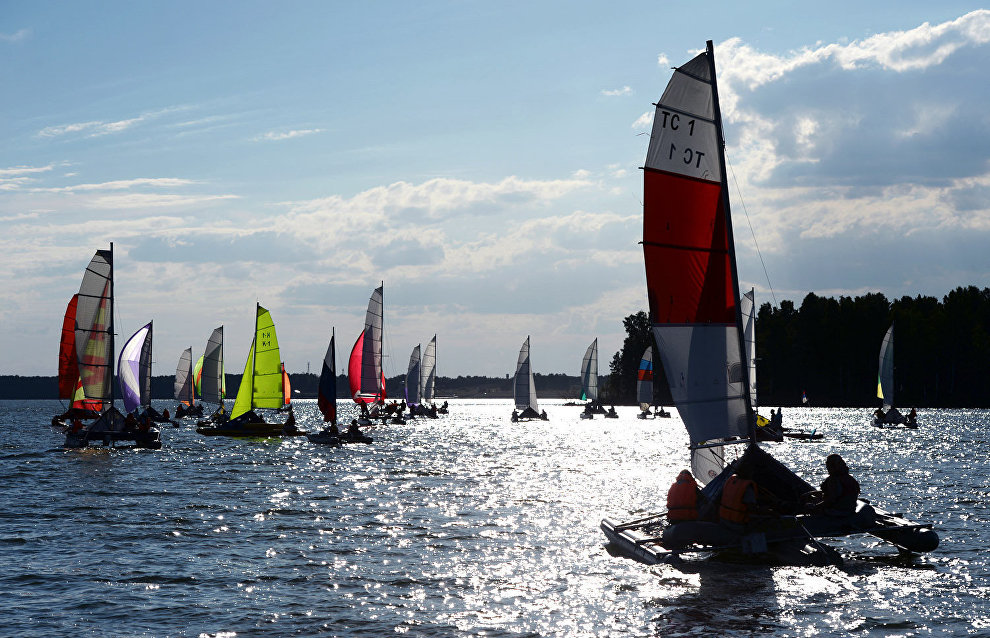 Six yachtsmen from Russia, China, France and the Netherlands aim to set a sailing speed record in Arctic waters in August and September of this year, Interfax reported.

"We plan to set out from Murmansk on August 25," said Vasily Bogoslovsky, Head of the Clean Seas International Environmental Foundation. "Our objective is to sail as fast as possible and as close to the North Pole as possible along the highest-latitude route. We plan to traverse the Russian sector of the Arctic from Murmansk to the Bering Strait in 11 or 12 days. Then, we'll sail to Vladivostok and Qingdao (a city in China — Ed.)."

The team will sail a high-speed trimaran.

"This is a racing yacht and it holds all the world speed records," Bogoslovsky said. "My friend Captain Sergei Nizovtsev will lead the expedition. We sailed this yacht, ‘Scorpius', around the world together."

The Chinese were the ones who initiated the expedition. "We learned about this initiative from the [Chinese] Embassy," Bogoslovsky said. "The expedition is supported by the Chinese Government and the Russian Geographical Society."

Bogoslovsky added that, for expedition purposes, the trimaran, which is intended to be sailed at middle latitudes, would be winterized.