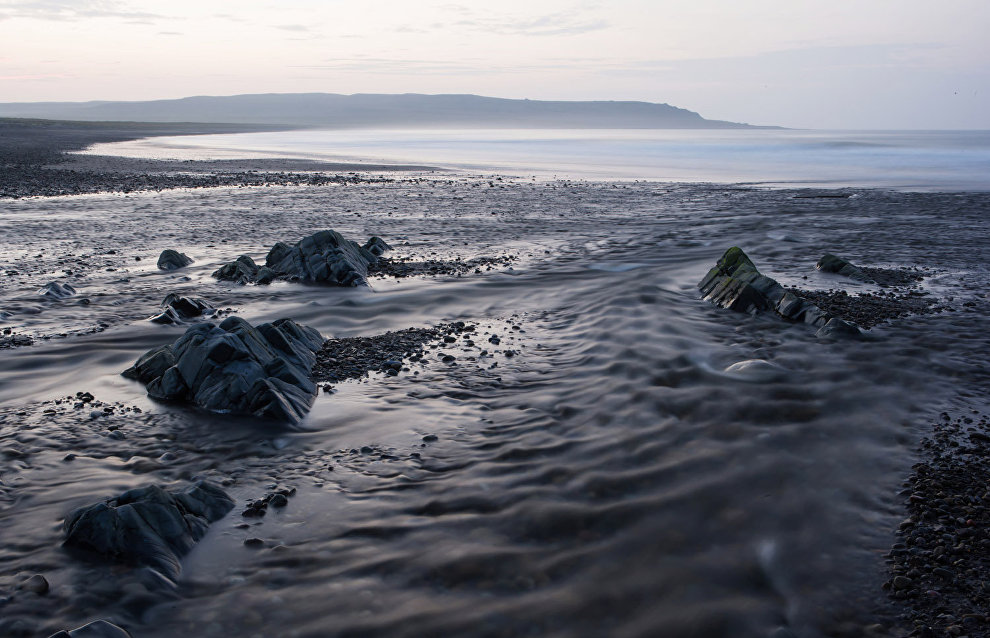 On Sept. 3, a sail expedition, Qingdao China, set off on an unprecedented voyage from Murmansk (Russia) to the Yellow Sea. For the first time in the history of yachting, a sail-propelled trimaran will cover the Russian Arctic along the high-latitude Northern Sea Route, the Arctic-Info news agency reported.

"All of our crew belong to different nationalities. Seventy years ago we confronted each other on the battlefield, and today we are sailing off together in the name of a common goal — peace and sport. We have different skin colors and appearances, but our souls have much in common. We are devoted to sailing and our profession," skipper Guo Chuan said.

The crew of the French-built trimaran consists of six men. Sergei Nizovtsev, head of the Russian Geographical Society's Expedition Center in Crimea, is the boat's captain. A well-known Chinese yachtsman, Guo Chuan, is the skipper. The four sailors are Jochen Hermann and Boris Johannes of Germany and Armel Tripon and Quentin Mari-Jean of France.

Their route lies north of the Novaya Zemlya and Severnaya Zemlya archipelagoes and New Siberian Islands. The boat will sail through the Bering Strait to the Providence Bay and then on to the Chinese port of Qingdao, its final destination.