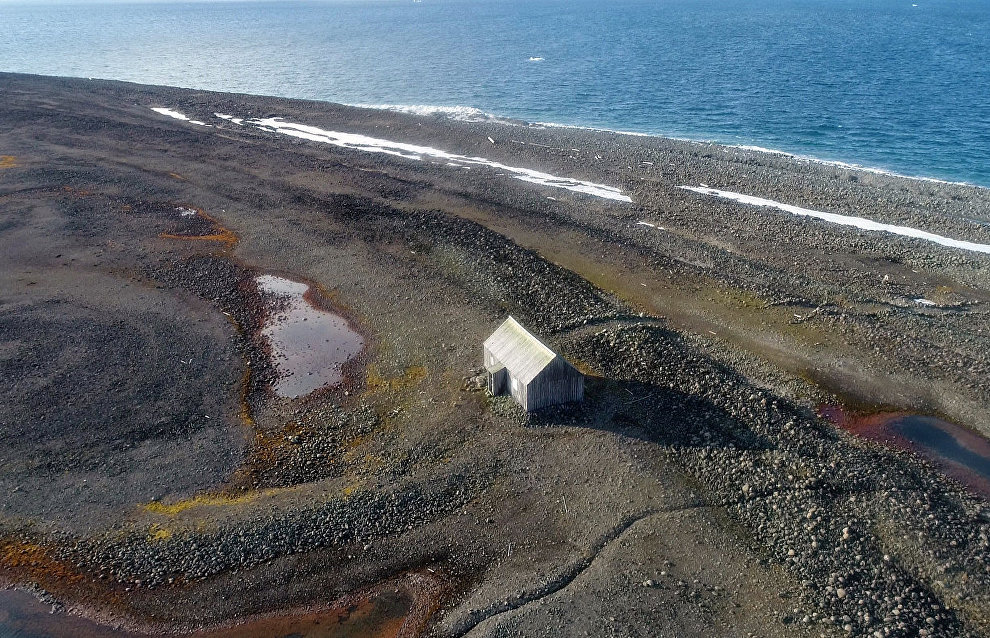 Specialists at the Russian Arctic National Park consider using the experience of their colleagues from New Zealand in Antarctica. Yevgeny Yermolov, Head of the Historical and Cultural Heritage Department at the Russian Arctic National Park, has recently returned back from a trip to Antarctica, where he studied heritage conservation methods employed by his foreign colleagues.

"New Zealanders have been working to preserve historical and cultural heritage in East Antarctica since the last century during the 60s. Heritage sites were localized on Ross Island in the southern part of the Ross Sea. Three British expedition bases dating back to the early 20th century and a winter camp on Cape Adare are the oldest historical sites on the continent," Yermolov pointed out.

According to him, the experience that New Zealand colleagues have is especially interesting as they operate in the environment that closely resembles that of the Russian Arctic National Park. Firstly, this is a high-latitude climate and, secondly, the heritage sites that are being preserved in the Arctic and Antarctica are from the same epoch: the late 19th-early 20th centuries. "Besides, the history of the exploration of Novaya Zemlya and Franz Josef Land is also largely similar to what was happening on the opposite end of the globe. The utensils, the expedition gear and how well they were preserved — this is all pretty much the same. The only difference is that the conservation of historical and cultural heritage in Antarctica began more than half a century ago. Initially, however, what they found back then and the historical relics that we have found in our national park and are currently working with were in an almost identical condition," the researcher explained.

The main aim of Yevgeny Yermolov's trip to Antarctica was to study the experience of his New Zealand colleagues in turning their historical finds into museum exhibits and presenting them to viewers. "They created a vivid exposition based on the restored interior. When you are inside the base of the pioneers of Antarctica, you get the impression that people left it just yesterday. This effect became possible thanks to the reconstruction from vintage photos since every expedition had its own photographer back then. How they work with tourists is also very interesting: each historical site has areas regulating the flows of visitors. For example, the area around the building can accommodate only 40 people at a time and the maximum number of visitors inside is limited to just eight, the guide included," Yermolov said.

Special measures are taken to preserve a microclimate inside the historical sites. Visitors are required to brush down their clothes and footwear before entering, for example, from sea salt. "We can apply all that in the Russian Arctic National Park, without reinventing the wheel, but just taking into account the time-tested experience and practical steps of our colleagues," Yevgeny Yermolov concluded.