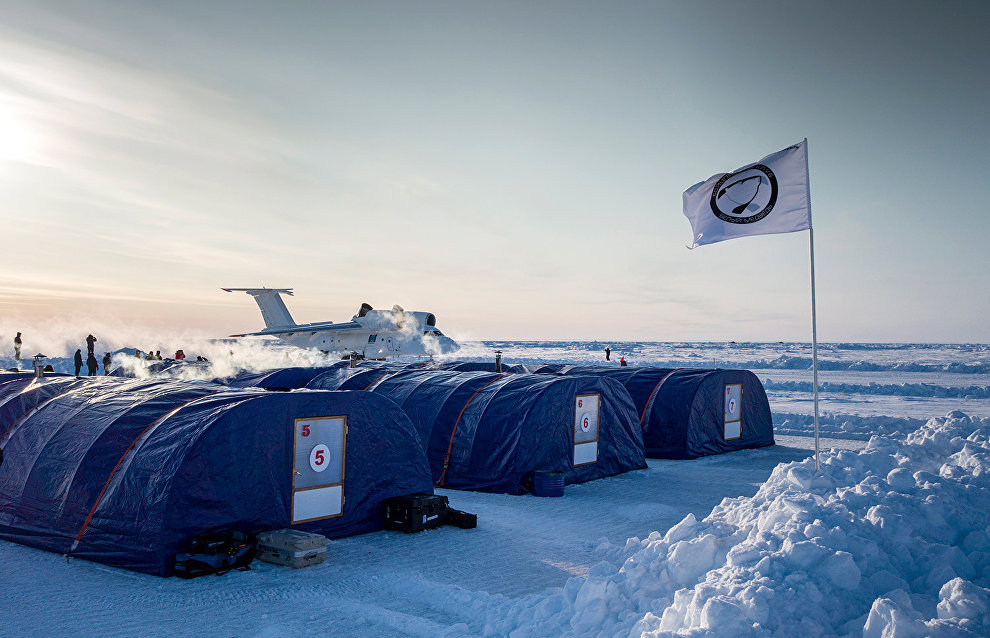 Children from some of Moscow's schools involved in the Arctic Probe 2020 project are going to develop probes that will operate in the Arctic Ocean. On February 12, various monitoring and observation system models, due to be used in the project, were unveiled at the Skolkovo Innovation Hub.

According to the organizers, the self-contained probes will operate for 180 days in the Arctic and will collect data for regional research projects. After completing the tests, the successful systems will be handed over to the Barneo squad made up of young people aged 16-18 who have completed special training for research projects on the Arctic Ocean's ice formations.

Teams from six Moscow schools will vie for the right to join the project. They are to design, assemble and test probes up until early April. The systems must meet high standards and must have durable, airtight and unsinkable hulls. They must correctly distribute energy and effectively transmit data.

"When we arrive at the Barneo drifting research station in the Central Arctic, we see scientists who annually launch their data-collecting probes. I have always wanted to involve our children, future engineers who can already develop their own systems, in these activities. And I am happy to see children from schools wishing to take part in the project here," Travel Laboratory Director Matvei Shparo enthused.

Those taking part in the project will have to decide what data the probes will collect under the request for proposal (RFP) and the project's road map.

"The participants will face many problems that require unique knowledge, while designing the probe. We will try and share our entire experience and capabilities with them," said Yury Aurenius, General Director of the Intelligent Technologies Laboratory Lintech.

After reaching the Arctic, the probes will be placed in the Arctic Ocean and will independently collect and transmit data to mainland Russia long after the expedition's members have packed off home.