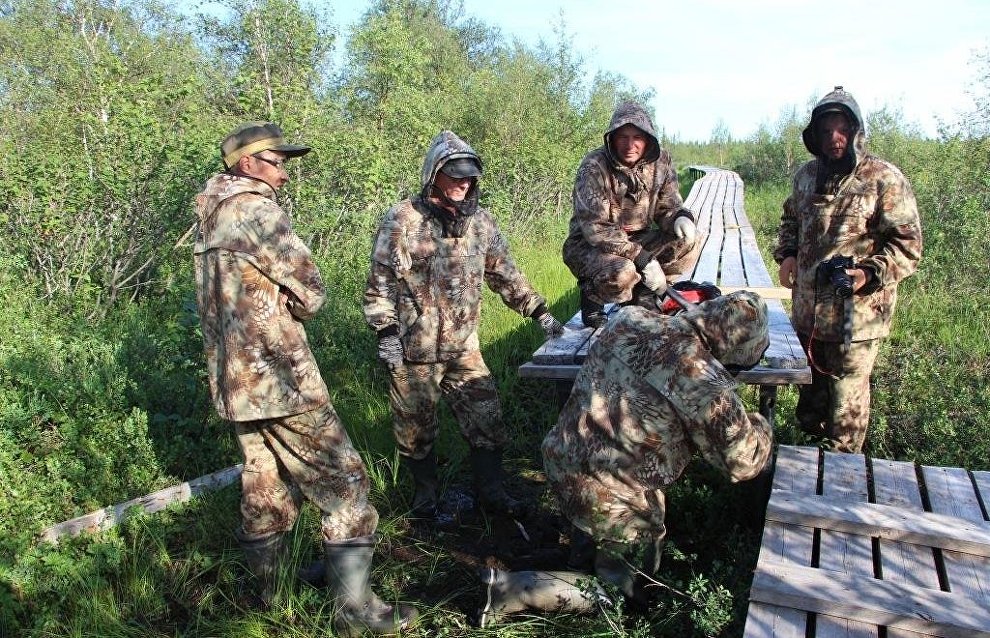 © The Department of Education, Culture and Sports of the Nenets Autonomous Area

Volunteers cleaned paths along all the routes of the Pustozyorsk Settlement archeological landmark near Naryan-Mar in the Nenets Autonomous Area, restored old boardwalks and renovated monuments.

Pustozyorsk was the first Russian town in the Arctic, also called the lost city, in the lower reaches of the Pechora. It was founded in 1499.

"We fulfilled all the work we planned. All the routes are cleaned. Volunteers restored old boardwalks and laid new ones, installed five information boards, cleaned all the paths and renovated all the monuments. The area is ready to host Pustozyorsk Day and the cross procession to mark the 400th birthday of Avvakum scheduled for September," said the camp's curator Yelena Yeliseyeva.

It is noteworthy that 12 volunteers and six research fellows, including a hydrobiologist and an entomologist from Syktyvkar, worked at the Pustozyorsk Museum. They were the first to carry out research on the insects in the natural reserve and updated the data on the current state of water reservoirs.

The Pustozyorsk Complex Historical and Natural Museum was opened on November 5, 1991. It includes the federal archeological landmark Pustozyorsk Settlement and the memorial part of the Ustye Village with architectural landmarks. It aims at studying, preserving and popularizing the historical and cultural heritage of Pustozyorsk, carrying out research, cultural, and educational work and acquainting people with the history of Russia.

This place is also well-known due to protopope Avvakum, the ideologist and the most prominent figure in the Old Believers, who led the opposition to Patriarch Nikon's reforms of the Russian Orthodox Church. He was exiled to Pustozyorsk and later burned there.