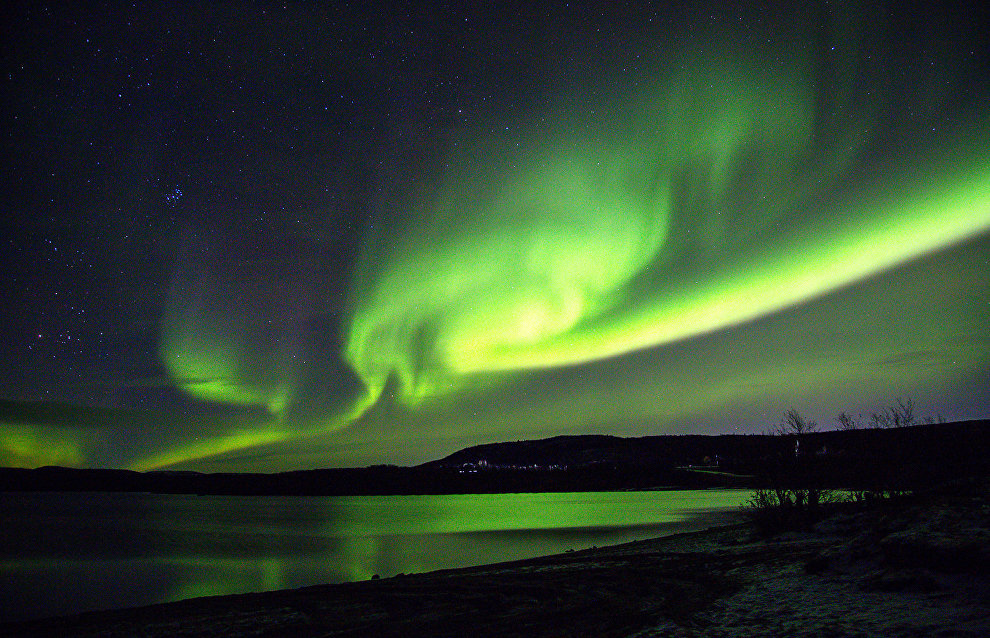 Special road signs, Polar Lights, will be installed in the Murmansk Region so that tourists know where they can see this natural phenomenon.

“By December 15, special road signs will mark all the key places where the polar lights are most often visible so that nobody will get confused and everybody will know where to go and what to look for. There will be parking too,” said Governor Andrei Chibis at the Arctic and Antarctic Days in Moscow international forum on Thursday.

The Murmansk Region Government also plans to approve, by the end of 2020, a road service development program to build relevant infrastructure in remote parts of the region for tourists and locals. The program includes three areas: Teriberka in the Kola District, Umba-Varguza in the Tersky District and Titovka in the Pechengsky District.

This year building road infrastructure on the way to Teriberka was a priority, because of the dirt road renovation and the growing number of tourists heading to the old Pomor village: it became popular after the release of Andrei Zvyagintsev’s film Leviathan. There are plans to build service facilities at the 32nd kilometer of the Murmansk-Teriberka road. A digital display showing the latest weather reports has already been installed there. The plans also include building a gas station with the relevant infrastructure.