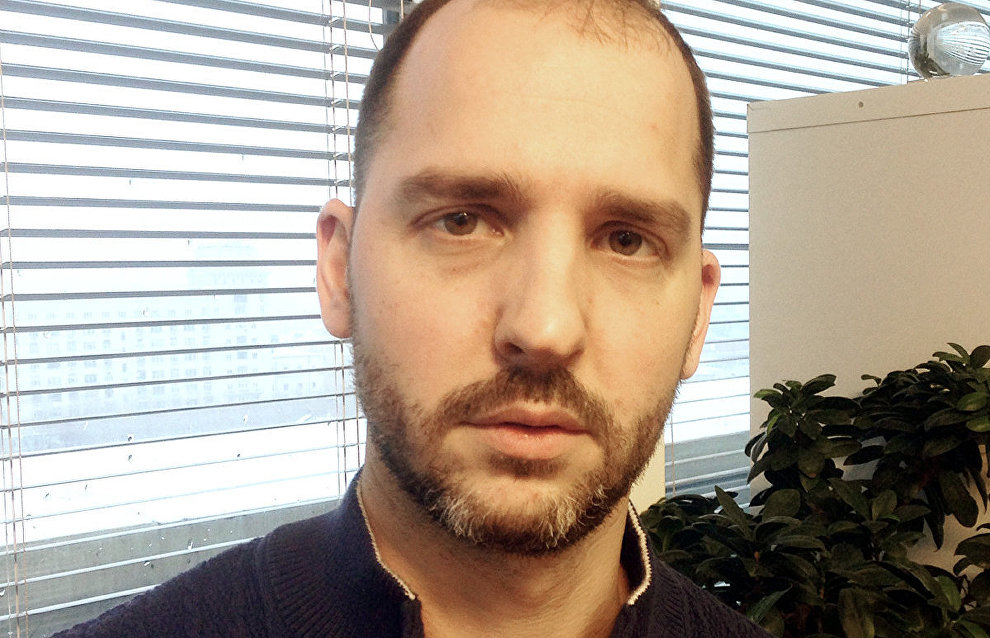 We want to reopen the Russian north – explorer

A lot of people have gone on expeditions to the Russian north, but it still remains a mystery to many. The “Northern Route: Think North” expedition project seeks to uncover this mystery and open the Russian north to as many people as possible. Project director Ivan Bashkirov told Arctic.ru about the purpose of the expedition and also why it is important to develop tourism in the northern regions.

How did the idea of the project originate?

I'll start off with the fact that I've been interested in geography since childhood. I loved studying maps. When you look at these maps you realize that roads are the regions' life-giving, and feeding arteries. However, the greater part of our country does not have many roads. There are simply no roads there and even if there are, you can't find them on a map, but nevertheless, there is civilization and there are interesting places there.

Why the north? It has always been close and interesting to me in spirit. So at one point it occurred to me: Why not try to open the north to more people?

Of course, everyone likes to go on vacation somewhere, but mostly to warm places, to the south. It's still unexplored and has a harsh climate, but this is precisely what's amazing. Northern nature is interesting in its own way. It's harsh, yes, but it's surprising in its diversity and its diversity of color. In addition, people living in the north are very open. I don't want in any way to offend those who live in southern regions, but in my opinion, the character of northern people is largely predetermined by the specifics of life and survival in the north, because openness and mutual assistance are simply a way of life.

You've already been to the north?

Yes, more than once. I'm very grateful to two wonderful people who are simply obsessed with the north and who've devoted their entire lives to it — the famous polar explorer Artur Chilingarov and his assistant and right-hand man Konstantin Zaitsev. Thanks to them, I've also come to love the north.

The upcoming expedition is somewhat unusual. You plan to go to the north on motorcycles.

I wouldn't say it's unusual. There are travelers who go to the north on motorcycles even in the winter. Motorcycles are my long-running hobby, so when the idea of the expedition was born we chose motorcycles. Our idea is to open the north to people, show that it's accessible, tell them about interesting places and interconnect the [northern] regions. We also have the support of the Russian Geographical Society.

I'd like to note that it's the first expedition that will pave the way for a global project. In the future, together with RGS local branches and explorers, we plan to study each northern region in-depth, and we'll do so in all seasons, using different modes of transport. After this, we'd like to develop tourist routes and maps showing various points of interest: sights, infrastructure, natural features, the condition of the roads, accessibility, and so on.

Are the motorcycles you'll use off-road, all-terrain bikes?

The expedition's technical side will be an endure approach, i.e., off-road bikes. Of course, they can run on any terrain, but this comes at a price. After all, the bikes are heavy and not very good for swampy conditions. But then this is not our goal. In fact, it's just the opposite — to show [the region's] accessibility.

So far, technical support is a financial issue. If we attract the attention of a sponsor interested in the development of the Russian north, then we'd like to use same-brand motorcycles or do a comparative long-term parallel test of several models from different manufacturers. This will give us an additional opportunity to highlight and promote our expedition.

However, if we find no sponsors, we'll use our own bikes.

Have you already tested them?

We have. They've been on rough terrain and they do pretty well off-road.

What information do you use in planning your expedition with regard to the roads and their condition? After all, there may be no roads where you're going.

Right now I'm looking for information on the condition of roads and whether a particular route is passable. Unfortunately, the road network in the north is underdeveloped. There are some deserted logging roads, but passage along them depends on weather conditions. You need to know this in advance or else you may have to make a detour of several hundred kilometers. All of this information has to be gathered bit by bit.

Unfortunately, because of the lack of infrastructure, we were forced to change the expedition route from the one we originally planned. For example, from the Komi Republic, we'll most likely go south to the Perm Territory, even though we wanted to go from Komi straight the Khanty-Mansi or the Yamal-Nenets Autonomous Area. However, there is no direct road either way.

You plan to go from Murmansk to Petropavlovsk-Kamchatsky. What cities will be on your route?

The expedition will set out from Murmansk. We'll go south to Karelia, then turn to the east, go around the White Sea and head for the Arkhangelsk Region. Again, there's a road problem. There is a railway line from Belomorsk along the White Sea. One may use a winter road there, but the road is unpassable in summer. To get to Arkhangelsk, we'll have to make a detour of about 1,000 kilometers, so, unfortunately, we'll have to bypass some of the most interesting places on the White Sea coast: the town of Unezhma and the villages of Abramovskoye and Medvedevskaya with their ancient wooden churches.

Nevertheless, we'll go by some very interesting places — the Kargopolsky district and further north through Plesetsk and Onega. We'd like to visit Kenozersky National Park. Kargopol is a real open-air museum. In fact, all of the Archangelsk region is a huge museum of wooden architecture under the open sky. There are a great number of wooden churches, houses and old farmsteads there, many of which are now derelict, falling into decay. I believe this is a serious problem that needs highlighting, because significant architecture like this could be lost forever.

This is as far as the route to Arkhangelsk is concerned. From there, we'll go southeast, to the Komi Republic, either along the Mezen River, with a visit to the eponymous town (however, the condition of the road to the Komi Republic is also unclear, as it is shown on maps, but people say it's almost impassable in summer), or through Karpogory, in the Pinegzhky district.

The Komi Republic is rather a difficult region. There are many interesting places there, but they are located far from each other. These include the villages of Ust-Tsilma and Izhma, where the Petrovshchina and Russkaya Gorka festivals are held in the summer; the village of Yaksha with the farm where moose were domesticated for the first time in history; the town of Verkhnemezensk, which was built by Bulgarians in the heyday of Soviet-Bulgarian friendship, but is now abandoned, and nature reserves.

From Komi, we'll go further south to the Perm Territory through Solikamsk, and from there we'll go to the Khanty-Mansi Autonomous Area. Again, unfortunately, there's no land route northeast from Komi to the Yamal- Nenets Autonomous Area. Meanwhile, this is where Stalin's notorious Construction Project 501 began — i.e., a railway line that was to have connected Salekhard with Igarka (a port on the Yenisei River). This abandoned construction site is incredibly interesting. There are still remnants of Stalin-era labor camps (the road was built by convicts), including old steam engines and rails from tsarist days.

From the Khanty-Mansi Autonomous Area we plan to reach Nizhnevartovsk via Surgut, board a ship and go up the Ob River to the Tomsk Region. From Tomsk we'll go to Krasnoyarsk and then move north to Yeniseisk. These are also very interesting places both in terms of the history of Siberian development and in natural terms. Road conditions permitting, we'll move along the right bank of the Angara River from the village of Motygino to the village of Boguchany, and from there to Kodinsk and the Boguchanskaya hydroelectric power plant. The next point on our route is Bratsk, from where we'll head for Ust-Kut. In Ust-Kut, if we get permission from the Transneft company, we'll use the service road along the ESPO pipeline that runs from Taishet via Lensk. If not, then we'll go by barge down the Lena River.

From Lensk we'll go to Mirny and then head east to Yakutsk and the Magadan region. We're currently looking for possible ways of getting from Magadan to Kamchatka. We'll either go by air or by sea. It turns out that there is absolutely no connection between neighboring regions. Finally, the Kamchatka Peninsula, in the footsteps of Stepan Krasheninnikov's expedition.

When do you plan to set out?

We'd like to go in the summer, the end of June. We haven't set a date yet. The expedition will last at least a month. We plan to cover about 15,000 km.

This expedition will be a little pressed for time. We won't stay very long in any region. However, I'd like to note again that this project is a forerunner to a series of expeditions. At this stage, we simply want to make the expedition, visit the main points, meet people and observe the northern regions.

How many expedition members will there be?

There'll be three of us — myself and two of my very good friends from St. Petersburg, two experienced travelers — Vyacheslav Yeremeyev and Mikhail Barkhatov. Last year they organized a motocross, Eternal Flame of Memory, devoted to the 70th anniversary of the Victory. During the past three years, Vyacheslav has held rallies — 10,000 kilometers in 10 days from Murmansk to Vladivostok. Mikhail was an organizer and participant in a rally dedicated to the 175th anniversary of Przewalski's birth. In other words, our guys can't sit still.

Do you plan to take photos and videos and keep an online travel diary during the expedition? I know that you have an idea to make a documentary.

Yes, I do. First of all, we'd like to take as many photos and make as many videos as we can to show people what kind of roads there are, also show the sights and northern nature. We'd really like to make a good documentary. Meanwhile, we're in talks with some media outlets. The Auto Plus channel has taken an interest in our project. They want to do a series of programs about the expedition. It will also be covered by various print media outlets.

Our website, where we plan to keep an expedition diary, is under development. It'll also have a tracker to monitor our progress in real time. We'll do our best to provide wide coverage of our expedition, because we'd like to attract people's attention and tell them about these parts of the country and their potential for tourism.

You say it's important to develop new tourist itineraries. You don't think this development could affect the lives of the indigenous people?

I believe the development of tourism can only have a positive impact. Of course, certain rules need to be followed in developing tourist routes. It's important to understand that when in Rome, do as Romans do. It's essential to accept and respect other people's traditions and culture.

In any case, there's no getting away from civilization. Thus, reindeer herders already ride around on snowmobiles, use electricity, watch TV and so on. It's only natural. However, the development of tourism in the northern regions will make it possible for indigenous people to talk about their lives, traditions and customs.