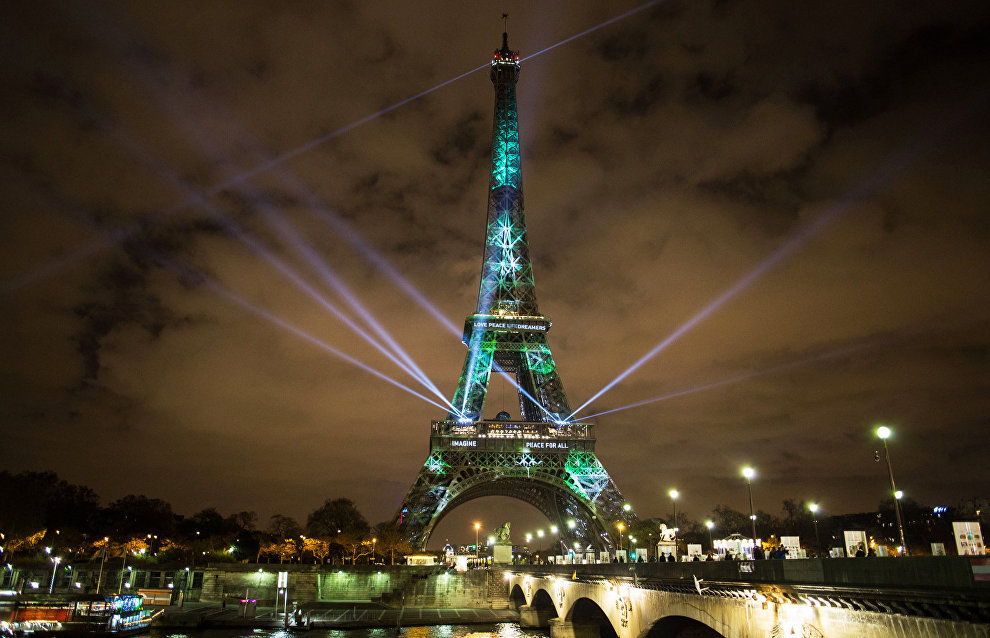 At the opening ceremony, Laurent Fabius, Foreign Minister of France, said that France will do whatever it can to achieve compromise at the conference. "The entire world is watching us, there are great expectations," he said.

The heads of states are expected to reach an agreement on restrictions of carbon dioxide emissions which are causing global warming.

The conference will run from November 30 until December 11.