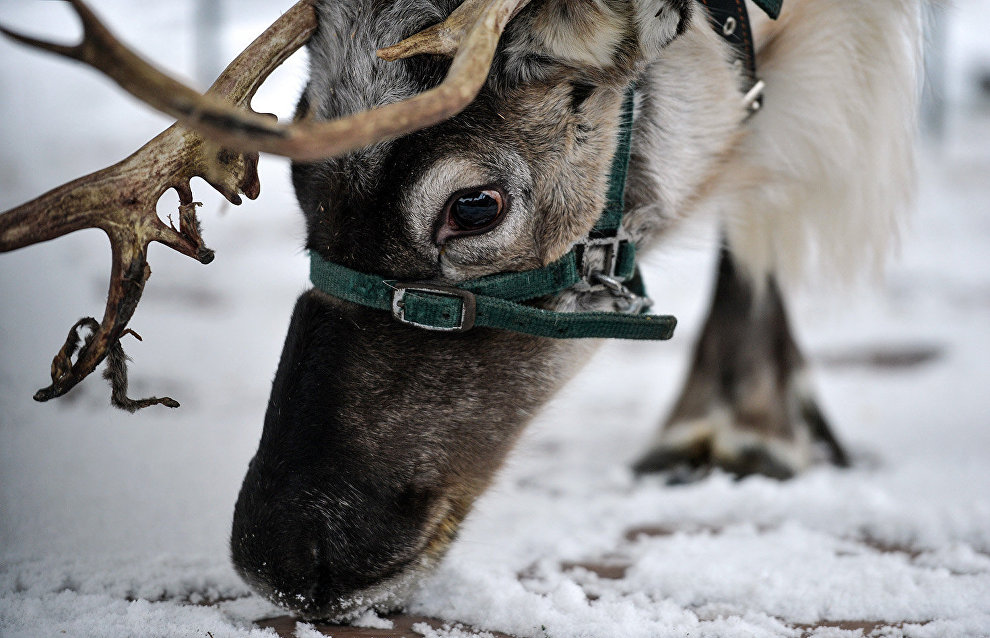 Today much of the permafrost has begun to thaw due to the rapidly warming climate in the Arctic. As a result, greenhouse gases that had been buried in the frozen soil for tens of thousands of years are being released back into the atmosphere. Scientists are concerned that this mechanism will act as a feedback loop, perpetuating a dangerous cycle. Last year's data from Woods Hole Research Center reaffirm their concerns: the Arctic was no longer storing as much carbon as it was emitting back into the atmosphere.

However, scientists believe that grazing animals in the tundra — horses, bison and reindeer — can slow down the pace of thawing permafrost and global warming on Earth.

The first such experiment was carried out more than 20 years ago by Sergei Zimov, a senior research fellow at the Pacific Geographical Institute of the Far Eastern Branch of the Russian Academy of Sciences, near the town of Chersky (Republic of Sakha — Yakutia). The idea was to resettle grazing animals to a piece of the Arctic tundra with permafrost, because during the winter they disperse the snow with their stamping hooves when looking for food, compress the ground and chill the soil.

It worked. Over 100 resettled animals, across a one-square-kilometer area, cut the average snow cover height in half, reducing the insulating effect, and intensifying the freezing of permafrost.

In order to understand what impact this method could have on a much larger scale, Christian Beer of the University of Hamburg conducted a simulation experiment using computer modelling. His team used a special climate model to replicate the impact on all of the Arctic permafrost soils in the Northern Hemisphere over the course of an entire year.

The results were published in Nature Scientific Reports. They show that with enough animals, 80 percent of the permafrost soil can be preserved by 2100, while without them, almost half of the permafrost would thaw by the same time.

"This type of natural manipulation in ecosystems that are especially relevant for the climate system has barely been researched to date, but holds tremendous potential," Beer noted.

Some potential side effects of the approach were also studied. For example, in the summer animals would destroy the cooling moss layer on the ground, which would contribute to warming the soil. These data were taken into account in the simulations, but it was confirmed that the cooling impact of the compressed snow effect in winter is several times greater.