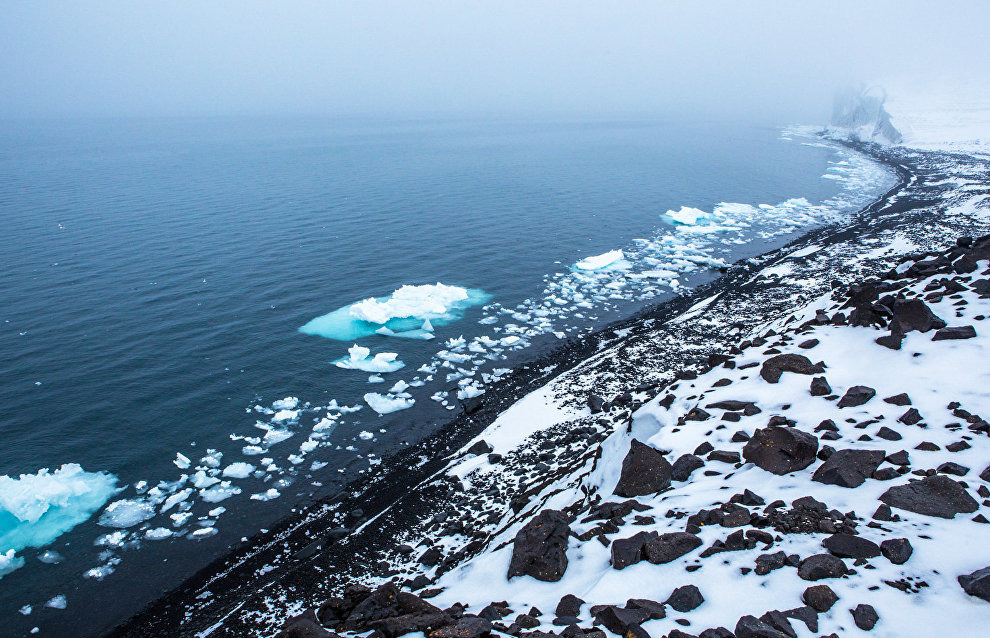 Unprecedented warming over the last 3,000 years recorded in the Arctic

Climatologists from the University of Massachusetts Amherst and the University of Quebec have been studying the sedimentary strata at the bottom of South Sawtooth Lake, located on Ellesmere Island in the Canadian Arctic. Ideally preserved ‘annual layers’ of this lake contain titanium minerals, released during centuries of weathering of rocks. By measuring the concentration of titanium in the layers, the scientists determined the annual relative changes in temperature and atmospheric pressure in the region.

The lowest temperatures in the Arctic were fixed between 1400 and 1600 AD, a time that is named the Little Ice Age by historians, and the highest temperatures have been recorded in the last ten years. Over the past three millennia, the Arctic has never been as warm as it is right now, and this warming is happening two or three times faster than on the rest of the planet.

“Recently, high atmospheric pressure prevails in this region during the summer months with clear skies and temperatures reaching 20 degrees Celsius persisting for many days or even weeks in a row. This had an irreversible impact on snow cover, glaciers and permafrost,” writes co-author Francois Lapointe of the Climate System Research Center.

According to the study, the surface waters of the Atlantic Ocean have become abnormally warm since about 1995. In 2019, the Greenland ice sheet lost over 500 billion tons of mass, and this record was associated with an unprecedentedly sustained high atmospheric pressure.

The authors believe this can be due to the superposition of the global warm-phase temperature increase of the Atlantic multidecadal oscillation (AMO), a cyclic climatic phenomenon. When temperatures are low over the North Atlantic, lower atmospheric pressure is observed in most of the Canadian Arctic and Greenland, and vice versa. At the same time, at low temperatures, snow melts more slowly, the concentration of titanium in the sediments is higher, and lower titanium contents indicate warmer years.

Researchers still do not know the exact duration of the AMO cycles, since instrumental observations began only 160 years ago, and one cycle lasts at least 60 years. But, according to the authors, if in the next year or two the AMO does not shift towards a cooler phase, next summer there can be expected to be even more intense melting of the ice cover of the Canadian Arctic and Greenland, which will threaten a further rise in the level of the World Oceans and produce other unpleasant environmental consequences.

“By analyzing these sustainable ties, we managed to understand how the surface temperature of the Atlantic Ocean has changed over the past 2,900 years – this is the most complete record to date,” said Francois Lapointe.

His colleague Pierre Francus of the National Research Institute (INRS) at the University of Quebec added: “Our study will enable climatologists to better understand the mechanisms of long-term changes in the behavior of the Atlantic Ocean.”

The researchers also noted that the results obtained correlate well with other independent data obtained on the bottom sediments of the Atlantic Ocean near Iceland and off the coast of Venezuela, which confirms the reliability of the chosen temperature assessment criterion.

The study results are published in the journal Proceedings of the National Academy of Sciences.