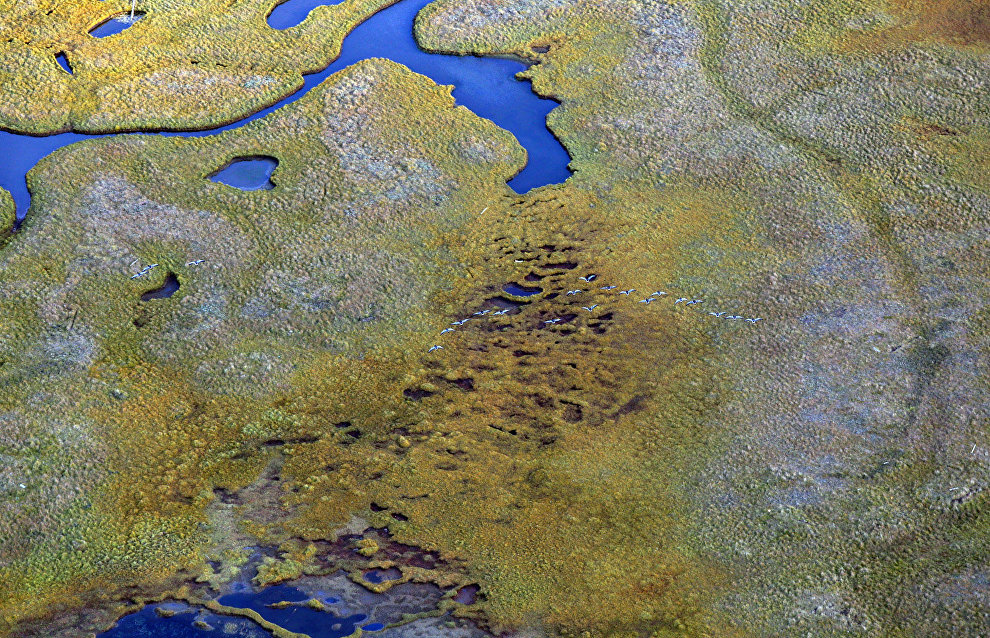 Over the past decades, the global climate change has led to a major transformation of the vegetation cover and terrain on a global scale. Similar changes are simultaneously occurring in many regions around the world, but they are especially noticeable in natural areas with the most extreme climatic conditions, such as the Arctic or the Sahara Desert.

According to an American study, the Arctic tundra-glacier region shrank 16% during 1950-2015, while the northern border of the taiga climate zone became displaced about 50 km poleward. At the same time, the Sahara Desert expanded by 8%, with its southern boundaries advancing 100 km southward. Based on the results of modeling climate and vegetation indices, these trends will continue in 2015-2050.

The researchers believe that the most serious climate shift on the planet occurred in the 1980s, when average annual temperatures (each subsequent decade has been warmer than the previous one since then), rainfall and many other parameters changed sharply.

For example, severe droughts in West Africa and changes in land use that happened in the 1970-1980s have led to the degradation of fertile lands and worsened the food situation in the region. Meanwhile, in the Arctic, which is growing warmer even faster than the Sahara, changes are also occurring in the ecosystem — trees and shrubs have already penetrated the tundra, which, according to experts, will provoke further warming in this region. All these processes can have profound social and economic consequences both on a regional and global scale.