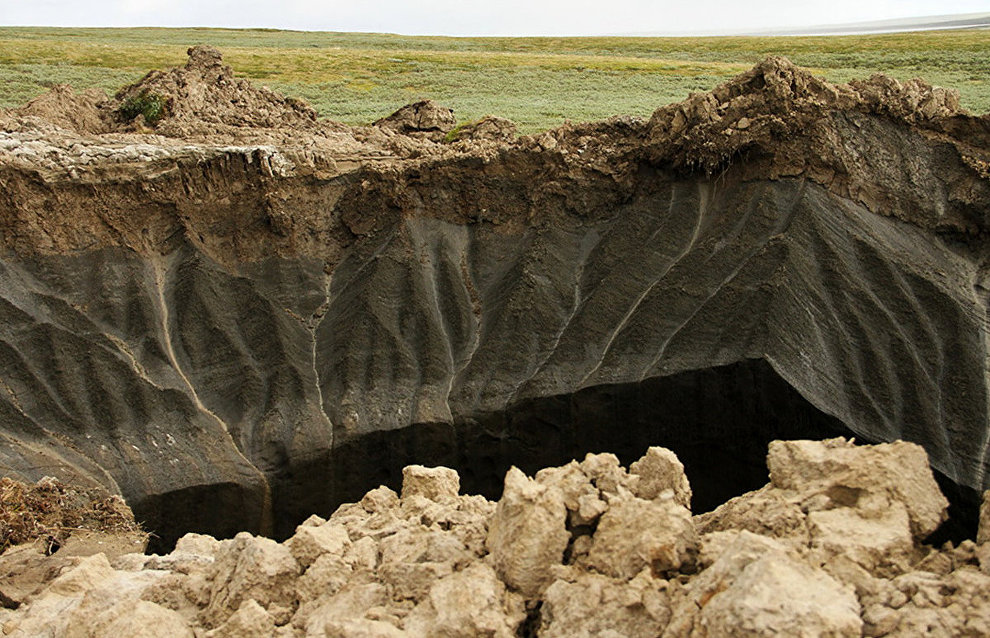 A team of researchers from Lomonosov Moscow State University (MSU), in cooperation with the Novatek company, have been studying a mysterious giant hole in the earth on the Yamal Peninsula.

The results of drilling, topographic surveillance and geochemical tests performed by MSU scientists have disproved earlier speculations that the crater might have been caused by underground emissions of gas. "This is not a case of gas emissions, which could be quite hazardous to the nearby gas pipeline. The cause is purely geological, and the danger to the gas artery is minimal," Katerina Tikhonova, head of the Innopraktika company, told Interfax.

The hole appeared as a result of natural processes, though exactly what kind of processes is yet to be established.

According to Ms Tikhonova, the researchers have obtained unique, valuable and quite new data. The results of the Yamal hole study will be published soon.