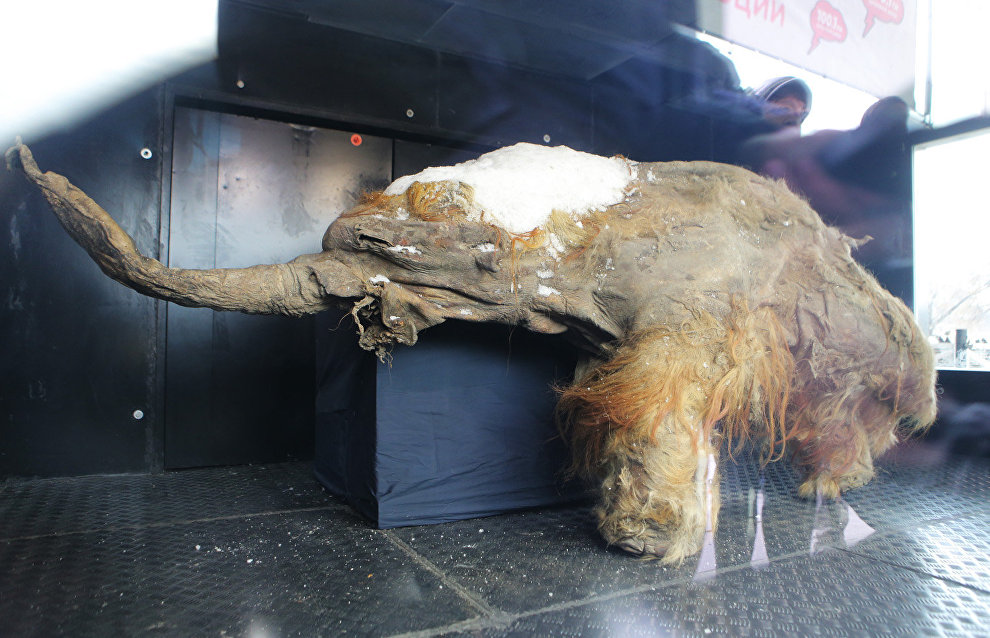 The wooly mammoth Yuka was probably buried in the shallow lake 35,000 years ago. This is the conclusion that scientists at the Novosibirsk State University and the Institute of Archaeology and Ethnography have reached in cooperation with the Yekaterinburg and Yakutsk scientists, Arctic-Info reports.

These findings have given them an indirect confirmation of one of the versions of the mammoth's death put forward by the American scientist Daniel Fischer. He suggested that Yuka could have been a victim of predators who were subsequently chased away by humans. After that they partially butchered the carcass, and then buried the mammoth to come back for it later.

The earliest traces of human presence in the Arctic date back 28,000 years but, according to the scientists, Yuka lived here 35,000 years ago. Therefore, if this hypothesis is confirmed, it may be evidence of earlier presence of humans in the Arctic.