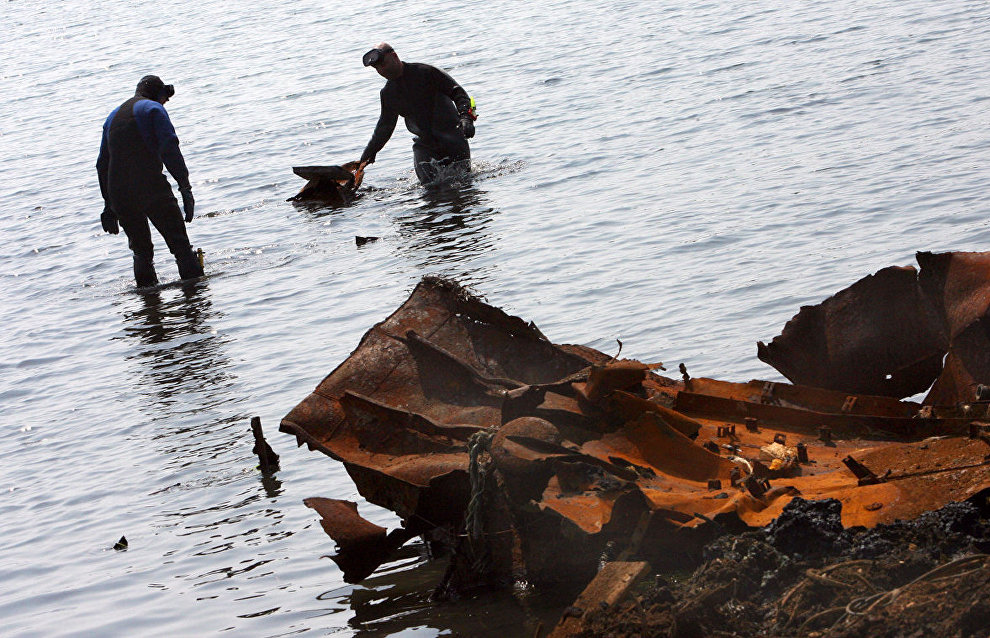 Servicemen to remove about 1,300 metric tons of scrap metal from Russian Arctic

"This year, we are working in four areas, including the Novaya Zemlya archipelago, Kotelny and Wrangel islands, the Krasnoyarsk Territory, the Northern Fleet's zone of responsibility, the Central and Eastern military districts and at facilities of the Defense Ministry's 12th Main Directorate [that stores and services nuclear munitions]," Mikhail Bulgakov told RIA Novosti.

About 200 service personnel are conducting cleanup operations in the Arctic region as planned, he noted. On Kotelny Island alone, the military have compacted over 14,000 200-liter metal drums to ship to the mainland.

"This scrap metal will be shipped by the Northern and Pacific fleets as well as aboard specially chartered vessels that have been delivering freight to the Extreme North," the Deputy Minister added. The drums are compacted with hydraulic presses; this reduces the volume of thin-wall drums by ten times and thick-wall drums by three to four times, he noted. Service personnel will continue to work until late September, and Arctic cleanup operations are to end in 2020.