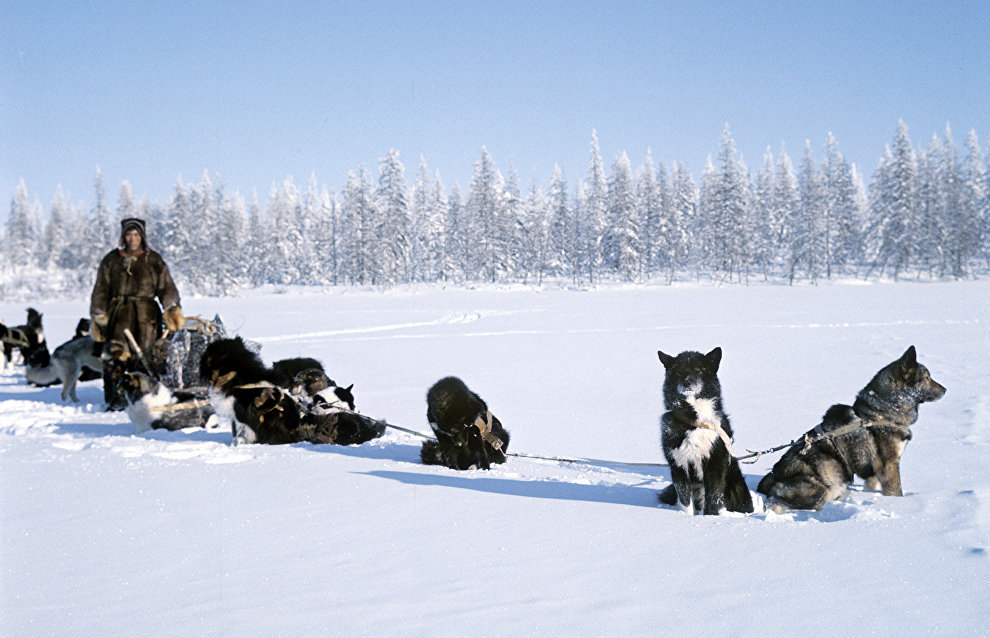 Yakutia is planning to restore Yakutian Laika, an ancient hunting dog breed. As scientists told TASS, genetic research may be needed to do this. Today there are about 200 dogs left in Yakutia, because illnesses almost totally wiped out the Laika population in the central parts of Yakutia in the middle of the 20th century.

Local enthusiasts from the Bayanai Hunting Club are working on restoring the population. Recently, they were joined by scientists from the North-Eastern Federal University (NEFU) and their colleagues from the Sooam Biotech Research Foundation in South Korea.

"We have started collecting DNA material from the local dogs to find specific markers of this breed. Enthusiasts want to register it, but so far they haven't managed to do this in the usual way by describing the outer appearance, so they asked us for help," Lena Grigoryeva, leading researcher at the Molecular Paleontology Center of the Institute of Applied Ecology of the North, told TASS.

In Yakutia, they managed to find samples of the breed which could have been used to start restoring it, but the dogs could not procreate because of their age. The scientists decided to take tissue samples and clone them. Last summer, the Sooam Foundation gave hunters two cloned Yakutian Laika puppies  which they had bred in collaboration with the NEFU scientists.

It is planned to use these puppies to restore the breed. Grigoryeva says the cloned dogs do not differ from those born the usual way; they are healthy and can breed in the future.

However, the clones themselves are not enough to restore the breed: it is necessary to find homogeneous dogs in accordance with the temporary standard.