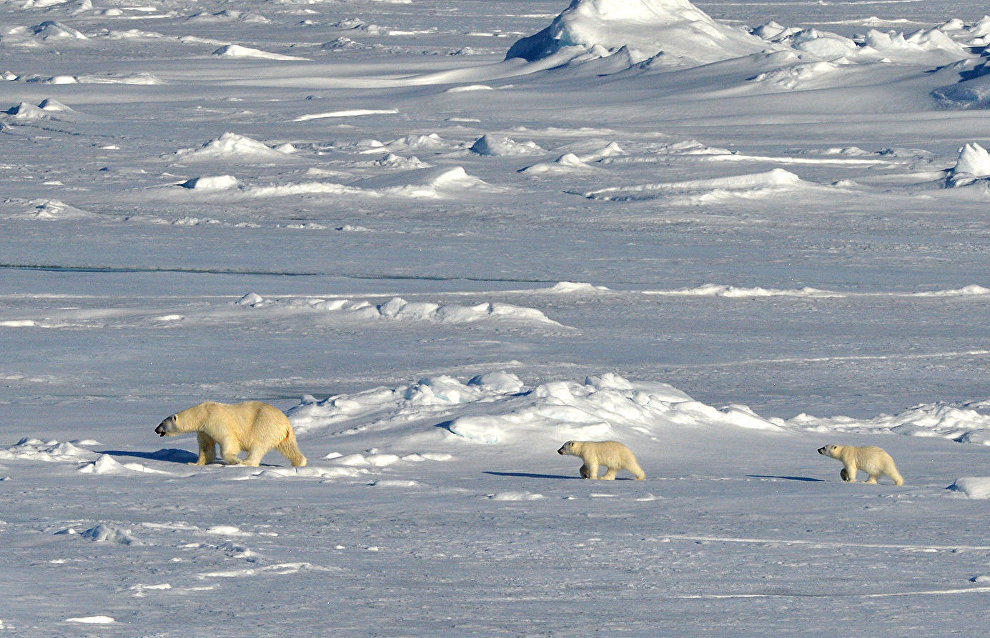 An expedition of researches from the Russian Arctic National Park and the Severtsov Institute of Ecology and Evolution of the Russian Academy of Sciences, has arrived at the Franz Josef Land archipelago to study polar bears.

According to Ivan Mizin, the national park's Deputy Director for Research, April is the best time to study polar bears on Franz Josef Land.

"During this period female bears with cubs leave their birthing dens. In addition, daylight hours on the archipelago are already quite long and the snow cover is still strong, which allows scientists to travel long distances in their search for the animals," Mizin said.

The expedition group is planning to take samples of polar bear fur, blood and fat to determine the contents of organic pollutants in the animals' systems. In addition, they will put collars with transceivers on the animals, which will help monitor the bears' migration patterns.

"This expedition is the continuation of the work we did in 2010-2012. But that time we took blood samples to look for diseases and fur samples to look for mercury and heavy metals contamination, while now we will also take samples of fat to look for persistent organic pollutants in the animals' systems along the food chain," said Ilya Mordvintsev, senior research associate of the Severtsov Institute and an expedition participant.

Participants of the expedition will be based on Alexandra Land island, where an all-season Omega National Park field facility is located, until the end of April. The next scientific expeditions to Russian Arctic National park will take place in the summer. Scientists will carry out biological, geological and archaeological work in the north of Novaya Zemlya and several islands in the Franz Josef Land archipelago.